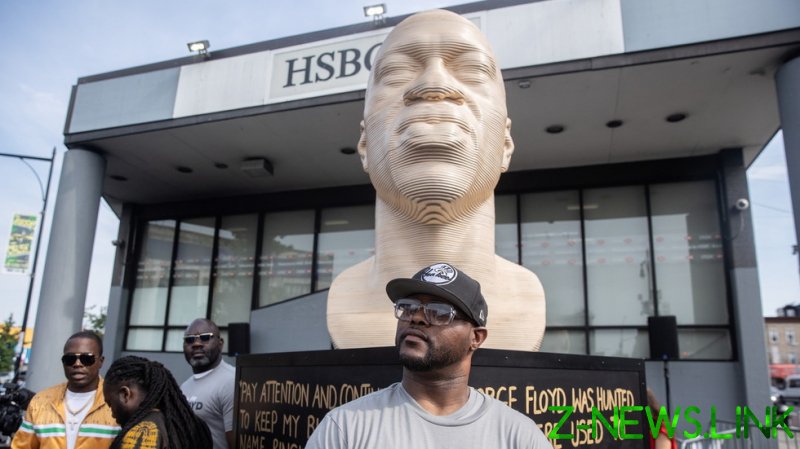 The larger-than-life art piece by sculptor Chris Carnabuci was installed at Brooklyn’s Flatbush Junction on Saturday. The unveiling ceremony was headlined by Terrence Floyd, who called the police killing of his brother a “sacrifice” to the racial justice cause.

New York Council Member Farah Louis described Floyd’s legacy as “truly monumental,” insisting that it was not “just a figure of speech.” Louis argued that Floyd’s death became a springboard for America to reckon with its legacy of “systemic racism and police brutality.” 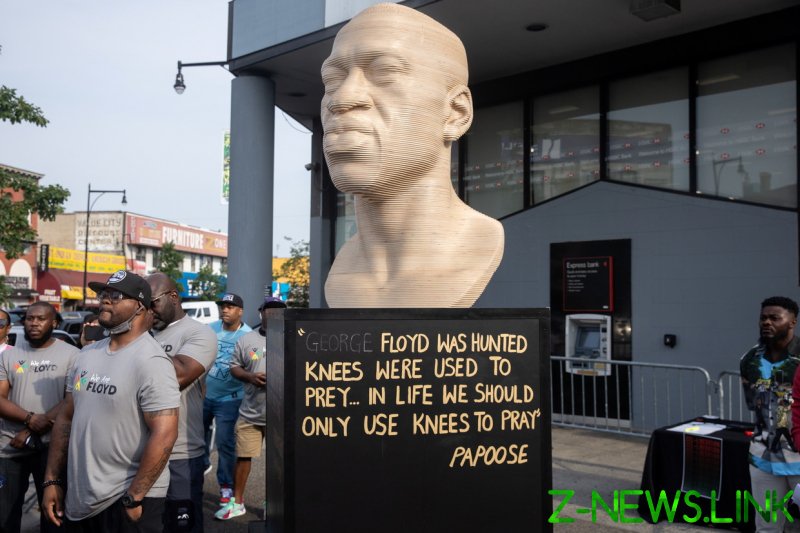 The sculpture will remain at the junction for several weeks before it is relocated to Union Square in Manhattan.

While the unveiling of the monument was met with loud cheers and chants “We are Floyd” from the crowd, the celebratory spirit was lost on some observers.

Others even took issue with the design of the artwork, expressing bewilderment at the fact that the sculpture commemorating Floyd, a black man, appeared to look white.

Another commenter argued that it was “sickening” to see people “making him [Floyd] a mascot & gaining careers of his death.”   “That man [Floyd] ain’t sign up for none of this,” he noted.

Former Democratic Congressional Candidate for Georgia’s Fifth District, Barrington Martin II slammed the display on Twitter, accusing establishment Democrats of making “a martyr” out of Floyd, whose death in police custody in May last year sparked a wave of nationwide protests against police brutality and for racial justice. The initially peaceful protests were marred by violence, occasionally spiralling into rioting, looting and vandalism.

The unveiling of the Brooklyn statue comes a day after a 700-pound bronze statue honouring Floyd was presented to the public in The City of Newark, New Jersey.