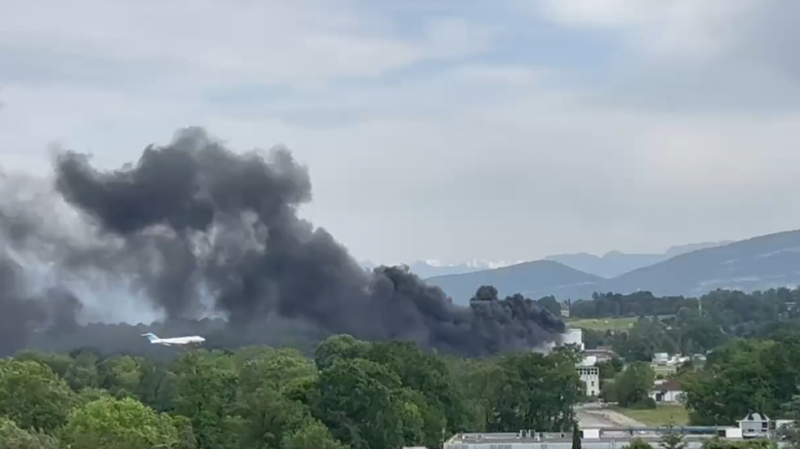 Thick black smoke from a nearby burning building temporarily stopped all arrivals at the airport in Geneva, Switzerland on Friday afternoon. Departures from the country’s second-busiest airport were left to the pilots’ discretion. The fire broke out at a reception facility for asylum-seekers that was under construction.

“Due to a fire at the edge of the runway, landings and take-offs have been suspended since 5:35 p.m.” tweeted the airport’s official account. “A reopening of the runway, for takeoffs initially, is envisaged around 7 p.m.” local time.

According to airport spokesman Ignace Jeannerat, the “new reception center for asylum-seekers – which was under construction… it is on fire. It is outside the airport perimeter.”

“It is creating a lot of smoke,” Jeannerat added.

It is up to the pilots whether their flights will depart from the airport, he explained, while all the arrivals have been suspended for the time being.

The airport, located next to the Swiss border with France, has a single concrete runway almost 4km long. It is the second-busiest airport in Switzerland, after Zurich. According to reporters on the scene, incoming flights from Lisbon, Barcelona and Madrid have already been diverted, while other arrivals are showing as delayed.