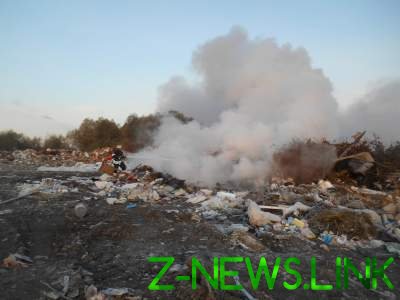 The incident happened in Boryspil.

A fire at an unauthorized dump near airport “Borispol” came around 7 am today. Arrived on the scene rescuers were forced to call for help.

It is reported that on October 23, 7:23, in quickly-dispatching service of Boryspil district received a report of a fire at an unauthorized dump near airport “Borispol”.

At first I worked three divisions of gschs in Boryspil. Attracted rescuers from the village and the Mountain of fire nearby.

See also:  Scientists say that in the future the day will increase to 25 hours

To localize the fire was at 10:05. Completely fire was extinguished at 15:00. It is reported that there were 17 working people of staff and 6 pieces of equipment.

The cause of the fire at the moment set by the experts.

Meanwhile, the garbage on the outskirts of Boryspil continue to drop. Last week patrol police Boryspil caught red-handed the employee of one of the utilities.

See also:  In the US unmanned bus got into an accident two hours after the first trip

The man on the tractor was unloaded construction waste in unauthorized dump on the street.