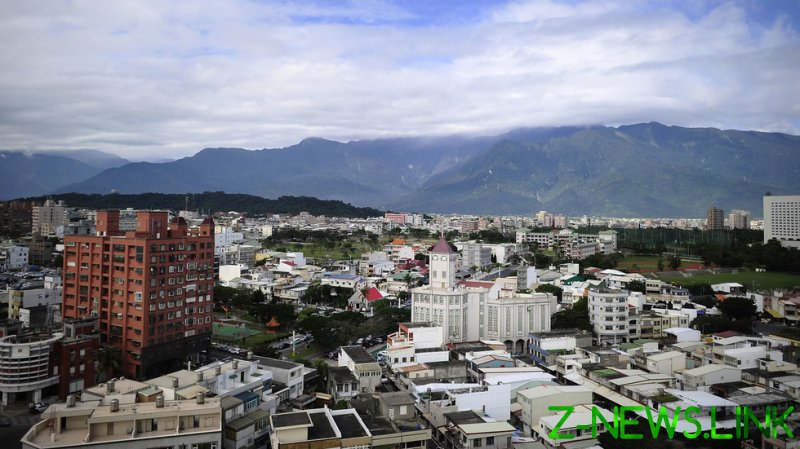 A strong earthquake has shaken the eastern coast of Taiwan in the early hours of Wednesday local time. The tremor, estimated at 6.9 or 7.0 magnitude, was registered at the depth of 10 kilometers under the Philippine Sea, some 63 kilometers south of the city of Hualien.

The tremor was detected at 1:41 am on March 23, at the latitude of 23.4 degrees north and 121.6 degrees east, according to the US Geological Survey (USGS). This puts it just off the eastern coast of Taiwan, with the nearest major city being Hualien, with over 300,000 residents.

Taipei authorities sent an emergency message to the population to “keep calm and seek cover nearby.”

The US authorities said there was no danger of a tsunami for the West Coast, British Columbia, or Alaska.

Taiwan is an island off the coast of China, de-facto ruled since 1949 by the nationalists who fled the mainland after losing the civil war. The government in Beijing considers the island part of sovereign Chinese territory and seeks its reintegration. Tensions have run high in recent months, over the increased US military support for the government in Taipei.