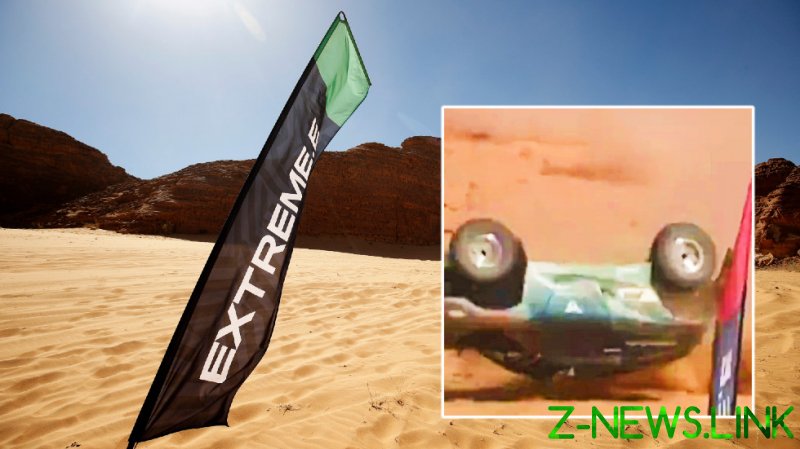 Well-known German racer Claudia Hurtgen, whose German Formula Three career ended when she suffered hand injuries after her car rolled over during the Monaco Grand Prix weekend in 1993, was competing in the first qualifying stage of the new Extreme E event.

Racing in an electric SUV, the 49-year-old former American Le Mans, Daytona 24-Hours and Le Mans 24-Hours class winner flipped in the air at high speed on a narrow part of the sand, sending her car flying into the air in a series of terrifying flips that many viewers immediately feared could have been life-threatening.

“The front suspension is broken,” shouted a stunned commentator who was broadcasting live from the hair-raising action.

“Just as we were saying there was all to play for, it’s gone wrong. Red flag immediately.”

Incredibly, brave Hurtgen looked unscathed and appeared more concerned by whether she would be able to compete on Sunday in an interview clip published shortly after her brush with fate.

“I’m back in the pit,” said Hurtgen, who finished fifth at the Nurburgring 24-Hours in 2006 after driving two cars for a total of 11 hours. “I’m fine, I’m OK. I hope the car can be recovered for tomorrow.” 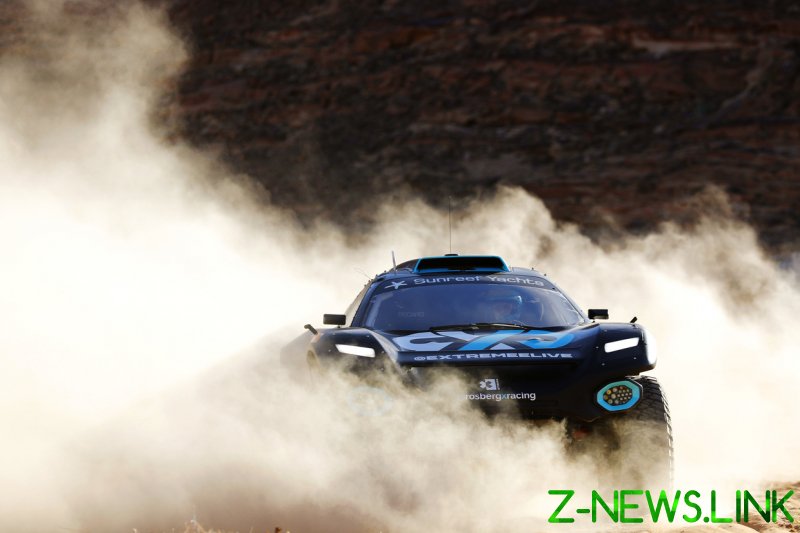 “We were very relieved to see Hurtgen walking away from the car.”

Technology group Niobium claimed credit for the crash ending without casualties, explaining on social media that they had designed a near-unbreakable chassis. 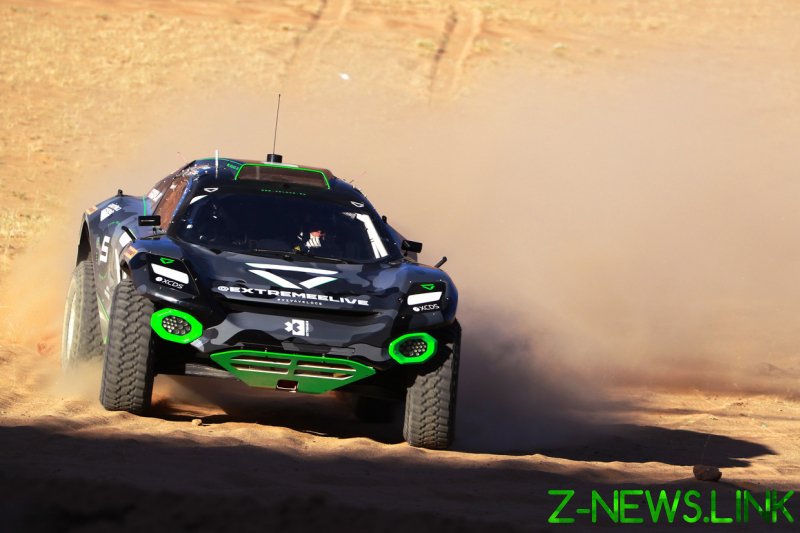 Button is one of the star names backing the race alongside the likes of fellow Formula One champion Nico Rosberg, who founded the race, rallying legend Carlos Sainz and His Royal Highness Prince Khalid bin Sultan Al Faisal, the Chair of the Saudi Automobile and Motor Federation.

“It’s certainly extreme,” said Button, who finished fifth as one of the mixed-gender duos forming the teams taking to the terrain.

“You’re playing with the steering wheel the whole time and the course is insane. I’ve done a bit of off-roading before in a rally car, but nothing like this in the sand. 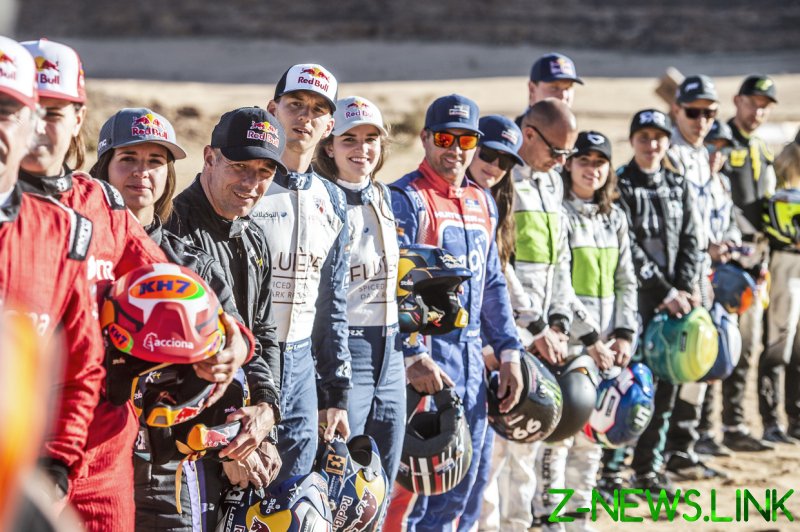 “It’s exciting to be here with so many great teams and drivers from around the world. It’s very special to be a part of this.”

“It’s been great to share the dirt with those guys – although my world championship obviously came on asphalt, so it’s been a bit of a shock.” 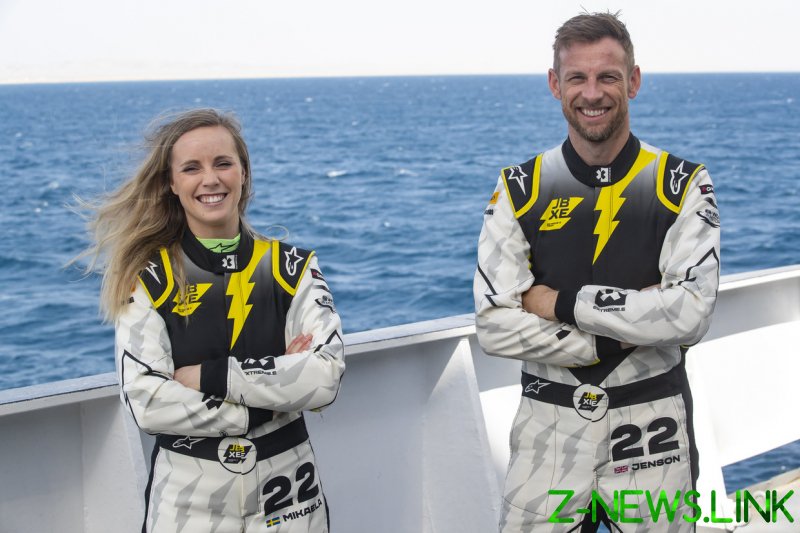 The course crosses more than 11 miles around three canyons in a vast desert surrounding the city of AlUla in the north-west of the country.

Alejandro Agag, the boss of Extreme E, branded the race “amazing”. “I call Extreme E the biggest experiment ever seen in motorsport, and this weekend is like a test and race all at the same time,” he said.

“If you add up all the world championships on the grid among drivers and team owners, there are more than 40 in total. 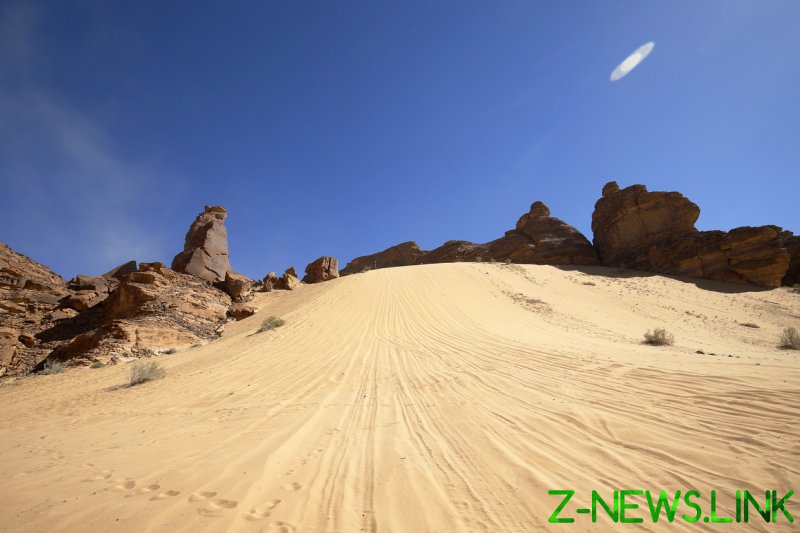 “Then we have the gender equality aspect…it’s incredible, and these electric SUVs are going to put on a great show.

“Extreme E was such an out-of-the-box idea that many people didn’t think it would ever happen – even I didn’t know if we would [make it happen].

“In these COVID times, it would have been impossible to organize this event without the incredible support of our hosts and our teams, and I must thank Saudi Arabia for welcoming us.”