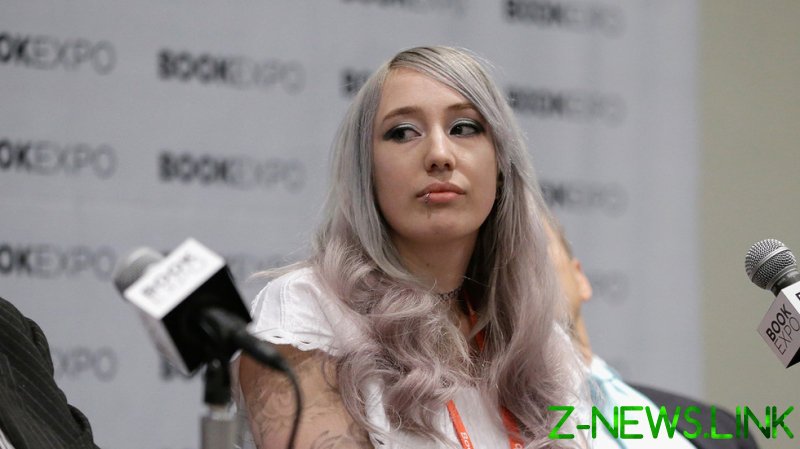 As I’ve previously reported on, game journalism has come under the iron fist of a clique which punishes wrongthink. Anything counter to an increasingly extreme, liberal-left wing narrative gets culled at the root. Through multiple sources I’ve been able to confirm that writers are afraid to share opinions which go against the grain lest they lose writing opportunities within an ever-shrinking field. This fear extends to the coverage of certain newsworthy topics.

One such subject deemed off limits is anything involving Zoe Quinn (who sells herself big as an activist fighting online hate and harassment) which doesn’t paint her in a positive light. As a source has revealed to me, they almost lost their job after publicly disagreeing with Quinn about something on social media. They were discussing a political hot-topic and she didn’t take too kindly to their perspective, so she spoke up to management at the website where my source worked. This resulted in a stern talking to and an unspoken threat that their job was in peril if they continued to engage with her.

While speaking with another source who previously worked with Quinn on a project she was heading, I was told people often feel burned by her. They believe those within her vicinity continually get screwed while she only grows. Chewing and spitting others out as she goes. A reason these people aren’t publicly speaking out is because of a belief it’ll end badly for them. And as evidenced by the Crash Override Network, they may not be incorrect.

This was a service launched by Zoe Quinn and fellow fame-hungry woke gaming activist Anita Sarkeesian which would only last a couple years. It was marketed as a support group for victims of online harassment, but former staff eventually came out and levied various allegations its way. Among these were complaints about lack of pay and an environment which made transgender staff feel taken advantage of. Though perhaps the worst allegation was that the entire network was designed only to help those who were famous enough to elevate Zoe’s name and status. As would be revealed in blogs and social media posts, average people who went to Crash Override Network for help were essentially denied service and just sent generic copy/pasted emails. As they told it, only names which were well known would get personalized help.

For some of those who spoke up about what they saw as a misguided project, online harassment became the norm. Zoe Quinn diehards rushed to her defense and relentlessly attacked them until they deleted their posts, or their entire social media accounts. A hypocritical turn of events to be sure considering some of these were vulnerable trans people, i.e. those Zoe was marketing herself as protecting.

It’s not unusual for those critical of Zoe to be bombarded with hate as weaponized bullying is one of the cards Quinn relies on most heavily. When speaking to yet another source who works at a well-known gaming publication, they informed me that they skip stories about her knowing it’ll lead to not only hordes of her defenders attacking them, but that people within the industry will raise a ruckus on social media. There’s also a legitimate fear they may lose access to industry events and more.

It shouldn’t be lost on anyone that Crash Override Network’s acronym is CON. And in many people’s eyes, Quinn is quite the con artist. Consider her failed Kickstarter project.

The title would go on to raise $85,448 from a total of 2,450 backers – backers who have yet to see anything materialize. So much for February.

Comments left on the Kickstarter page show a contingent of people who are now frustrated by not only the lack of a game, but the absolute lack of any new updates. Zoe has not addressed them in exactly two years. The last time she wrote to them was on August 30, 2018. A can of worms in and of itself – given how flimsy her excuse was.

While literally vacationing in Japan, Zoe told the people who’d given her $85k that she didn’t have money left to finish the game. Compare and contrast that claim to the fancy hotel room pictures she was tweeting. Making it worse is that in the months prior, she’d tweeted multiple times about backing other people’s Kickstarter projects.

Call me crazy, but I don’t think people lacking funds typically take lavish vacations or back other people’s creative projects. But Quinn can walk away from blatant misdeeds unscathed because aiding her escape is a gaming press all too willing to turn a blind eye to her wrongdoings.

At the time of her Kickstarter, quite a few big-name publications promoted it to its audience, publicity that no doubt helped it reach its funding goal, but as is to be expected, not a single one has since followed up on the status of the game. Media publications simply refuse to cover the shadiness that has since blossomed in its wake. Further highlighting the cliquish nature of the medium is that some of the people who wrote about it are either personal friends with Zoe or are featured in the game themselves.

As should be evident by now, Zoe Quinn has been enabled by a gaming media that allows her to act with impunity. Something all the more clear on today of all days, for this marks exactly one year since Alec Holowka took his own life because of her.

On August 26, 2019, Quinn lobbed near decade-old abuse accusations up online. These she directed at game developer Alec Holowka. Almost immediately the gaming press latched on, and before the guy could defend himself or share his side of the story, he was already a dead man walking, for in the era of ‘believe women’, he was presumed guilty. Within days, his game studio parted ways with him and his life fell apart, a collapse which resulted in him taking his own life on August 31.

To the keen observer, it wasn’t a coincidence that Zoe’s accusations lined up with the fifth anniversary of Gamergate, a debate on cronyism and politicization kicked off with accusations against Quinn. She has been able to turn that into a harassment survivor’s story in the eyes, and with the help, of the subservient gaming media, with herself as the protagonist. The cynics in many of us saw a gross attempt at gaining more attention, and thanks to the fine reporting of other alt-journalists, discrepancies within her story were quickly discovered. What she claims happened doesn’t match the reality depicted in social media engagements with the guy she labels an abuser.

Yet tragically the man is dead and we will never hear his side. Dead because Quinn decided to throw him to the wolves without a care in the world. He was destined to be presumed guilty the moment she clicked send. And I have zero doubts she knew what she was doing.

Her entire history is rife with abuse, manipulation, and lies. Zoe has been able to scam herself into the public eye, and thanks to those she has watching her back, no one within the mainstream media holds her accountable. I have personally spoken to people who have at one time or another been within her vicinity, and the general consensus is that you don’t cross her. Because if you do, it’s a fast track to losing your career, or worse.

I guess all that’s left to say is happy anniversary Zoe Quinn, here’s that attention you ordered.