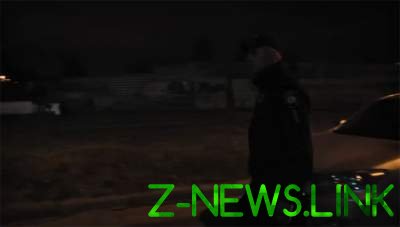 One person is in critical condition in the hospital

In Kharkov there was a shooting between two groups of people. Police investigate the circumstances of the shooting.

This was reported on the page of police of Kharkiv on Facebook.

According to preliminary data, near the plant there was a conflict between two groups of people who number more than 20 people.

In the call center received the message on incident at 20:40. In place of the departed investigative team, the leadership of GUNP in the Kharkiv region, Slobodsky police Department.

As has told the Deputy chief of investigative management of GUNP in Kharkiv region Andrey Sharnin, the identity of the parties to the conflict to any organizations is not yet established.

According to him, during the conflict, the conflicting parties used the traumatic and firearms. One man with gunshot wounds to the chest and both feet in a grave condition is in hospital.

Investigative actions and operational-search activities. The incident was registered in the Unified register of pre-trial investigations under part 2 of article 15 of part 2 of article 115 (premeditated murder) and part 4 of article 296 of the Criminal code of Ukraine (hooliganism).

As previously reported, in Kharkov on Saltovka on the street Heroes of labor burned two cars and were heard sounds of shooting.