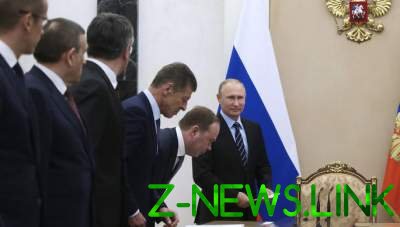 Four days left in the resignation of the heads of five Russian regions.

Today, the President of the Republic of Dagestan Ramazan Abdulatipov officially announced his resignation. He explained that the reason for his departure is the age of the head of the region 71. Abdulatipov stressed that already offered the President of Russia Vladimir Putin names as his successor.

Russian media reported that most likely the vacant post in Dagestan is first Deputy Director of Regardie Sergei Melikov.

The same day Putin dismissed from his post the head of the Nenets Autonomous district Igor Koshin. He was replaced by Deputy Minister of economic development Alexander Tsybulsky.

On September 25, the resignation wrote to the Governor of Samara region Nikolay Merkushin. On 26 September, the Kremlin has published the decree about dismissal of the Governor of Nizhny Novgorod region Valery Shantsev. 27 September at the meeting of the Krasnoyarsk Krai government unexpectedly announced his retirement the Governor Viktor Tolokonsky.

A replacement of a number of heads of regions of the Russian media predicted last week. Even called a few names. However, all governors have denied this information as unfounded rumours. But after a few days it was confirmed. Moreover, Deputy Prime Minister Dmitry Kozak said he expects the change of leadership at least in 12 regions.

Press Secretary of the President of Russia Dmitry Peskov, commenting on the unexpected resignation of governors, said: “In this case the head of state goes on the way it updates rotation of the gubernatorial corps. It is absolutely normal process”.

But not so simple. According to Russian and Western scientists, “rotary update” it took Putin to put at the head of the regions loyal functionaries. In the Samara region Merkushin is acting Governor appointed 47-summer Dmitry Azarov, in the Nizhny Novgorod region — 40-year-old Gleb Nikitin. These young, by Russian standards, the officials managed to work in Moscow in different ministries. But what unites them is not only that — both close to Sergei Chemezov, the head of the state Corporation “rostec”.

This is the second wave of replacement of governors in Russia. The first swept the country in February. Then President Putin took leaders from five regions of Russia — Perm region, Novgorod region, Buryatia, Karelia, Kaliningrad region. There were also abandoned young Moscow officials. Moreover, Kaliningrad oblast is headed by 31-year-old Anton Alikhanov. He became the youngest Governor in Russia.