Mass poisoning in Kiev: the children were poisoned free mayonnaise 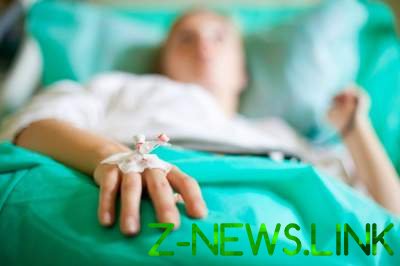 Seven teenagers went to the hospital.

In Kiev in Solomenskiy district, seven teenagers were poisoned cheese with mayonnaise, which was distributed free in the underpass near the metro station “Shulyavska”. This was announced by the head of Reproductology in Kiev Oleg Ruban.

“On 5 October we received a message from the children’s hospital No. 1 that them with the signs of poisoning were received from seven students of the Kiev College education with enhanced military and physical training,” – said Ruban.

Clarifies that the children ate cheese mayonnaise “Olkom” which were distributed free of charge near the “Shulyavka”. The shelf life of the product ends in three days.

Vyyasnyayutsya the circumstances of the accident, at the place of distribution of mayonnaise left, a joint team of staff from Reproductology and Veterinary enterprises of Kiev.