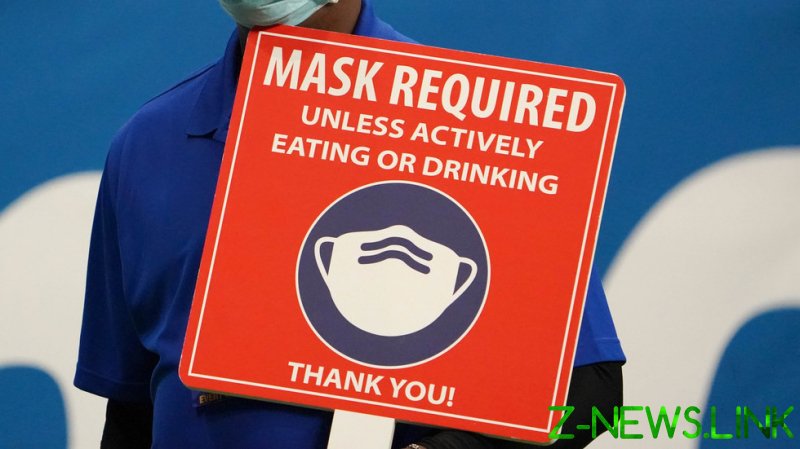 Abbott marked the anniversary of the 1836 Texan independence on Tuesday by announcing that the state will reopen “100 percent” by next week in order to “restore livelihoods and normalcy.”

While Covid-19 has not disappeared, state mandates are “no longer needed” to force people to maintain safety practices, so the Texans can “have the freedom to determine their own destiny,” added Abbott, a Republican.

Abbott’s announcement triggered an avalanche of criticism on Twitter, if not in actual Texas, with critics invoking the standard talking point used against Republican governors reluctant to impose strict lockdowns or mask mandates: they are against “science” and want people to die.

There were even comparisons to another famous Texan – former US President George W. Bush – and his ‘Mission accomplished’ moment, prematurely celebrating victory in Iraq in May 2003. Though the initial US invasion succeeded, the bloody occupation would drag on for more than eight years after that.

Then there was Newsom, the governor who imposed the strictest lockdown rules on California and continues to ban all indoor dining to this day. He commented on a wire report about the Texas reopening by calling it “absolutely reckless.”

Newsom’s post prompted backlash in the opposite direction, with his critics posting reminders of the governor violating his own lockdown rules – both last year, with the infamous mask-less dinner with lobbyists at the posh French Laundry restaurant, and just this weekend, when he met with comedian George Lopez inside a Fresno eatery and apparently dined on the premises despite his own rules making that a no-no.

Meanwhile, Mississippi Governor Tate Reeves one-upped Texas by announcing his state would lift all county mask mandates this Wednesday, allowing businesses to operate at full capacity without any state rules.

“Our hospitalizations and case numbers have plummeted, and the vaccine is being rapidly distributed. It is time!” Reeves tweeted.