Mass mink graves may have caused groundwater pollution in Denmark, as govt admits it LOST TRACK of 1.5 million animals 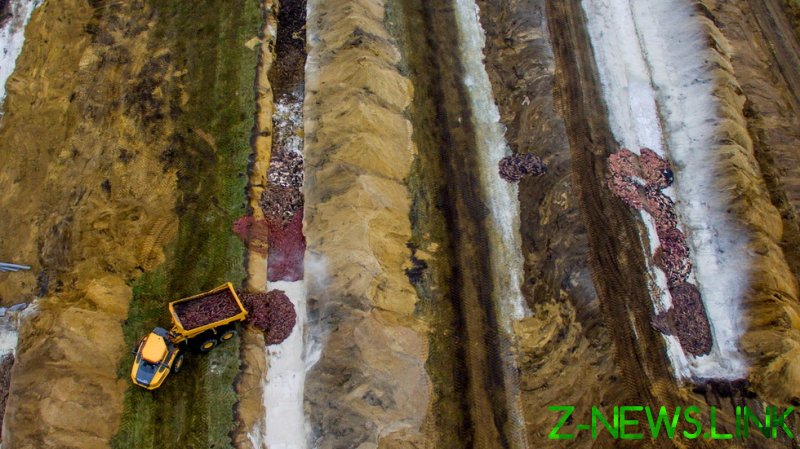 The unprecedented mass cull was conducted by Denmark last month in an attempt to stop the spread of a mutated coronavirus strain among animals and workers. Now, the slaughter, which saw the entire mink population of 15 to 17 million animals killed, has seemingly created a whole set of new problems.

On Thursday, Denmark’s ministry of food and agriculture said it had lost track of some 4,700 tonnes of mink – or around 1.5 million dead animals. Minister Rasmus Prehn admitted that he could not tell where or how these mink had been disposed of.

“It may seem wildly questionable when you hear it, but we cannot account for every mink,” the minister stated.

In a separate and even more alarming development, the Danish government admitted the mink mass graves may have already contaminated the country’s groundwater.

Denmark’s Environmental Protection Agency said it has been conducting drilling and taking water samples at two locations where the killed-off animals had been buried. The lead geologist with the Danish Environmental Protection Agency, Geus Claus Kjoller, told the local Radio 4 station that the top layer of the waters may have already been tainted by decomposing mink fluids.

“It is the groundwater just below the graves that is in imminent danger of becoming contaminated,” department head in the EPA, Per Schriver, told Reuters.

Late in November, dead mink ‘rose’ from their graves at the Holstebro military training ground in the country’s northwest. The horrifying phenomenon has been blamed on gases protruding from carcasses of the dead animals. Now the authorities are thinking about digging up the mink from the affected pits and re-burying them deeper to avoid further incidents of such sort.

Back when the unprecedented step was taken, the government insisted the cull and mass graves would not pose any health risks or threaten the environment.