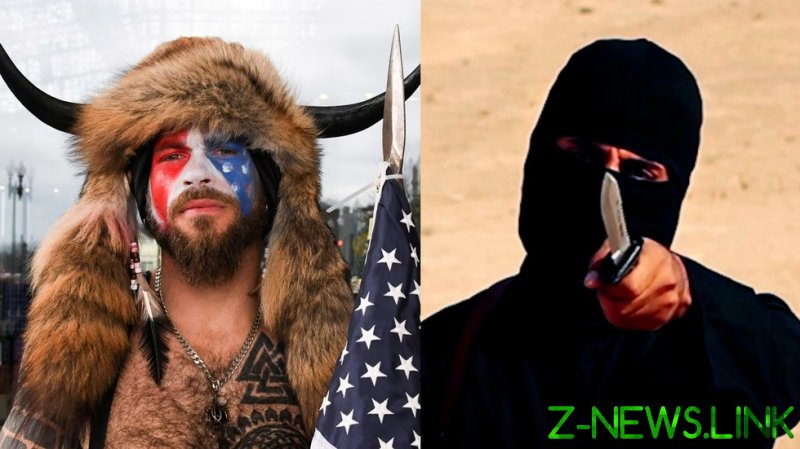 “Most of these MAGA guys, they believe they are on a spiritual quest to make America great,” the Daily Beast quoted journalist Theo Padnos as saying on Monday, referencing the Trump supporters who broke into the Capitol on January 6.

Padnos, whose real name is Peter Theo Curtis, apparently did the interview to promote his new memoir about the nearly two years that he was held and tortured by Al-Qaeda’s Jabhat Al-Nusra affiliate in Syria. He spoke of the horrors he suffered, starting in 2012, at the hands of terrorists who accused him of being a CIA operative.

But perhaps his greater value to the media outlet was as yet another way to write off half the nation as unredeemable deplorables. “The major comparison is the radicalization of normal people,” Padnos said. “What happened in Syria is that huge swaths of the population became radicalized.”

The Daily Beast even opined that, in some ways, the goals and grievances of the radical Islamists who tortured Padnos “mirrors in some ways the anger of the mob that stormed the US Capitol.”

Padnos said he wants his new book to get across a warning against radicalization. “I want readers to see that a strange psychological phenomenon has taken over vast swaths of the landscape,” he said. “They called it a caliphate. I call it mass craziness.”

The author previously spoke out against Trump’s praise of water-boarding, but he also said in 2016 that Trump looked like “a moderate,” compared with Islamist head-choppers. Padnos predicted then that Trump would be relatively harmless.

“Our system is robust enough, even if we have a wacko like that come in, our citizens are educated, we won’t be affected by what he does,” Padnos told Vanity Fair a few weeks before Trump was elected. “And by the way, our journalists are so good that they’re telling the truth about him.”