Home / WORLD / Masks: Keep the long arm of the law away from my face

Masks: Keep the long arm of the law away from my face 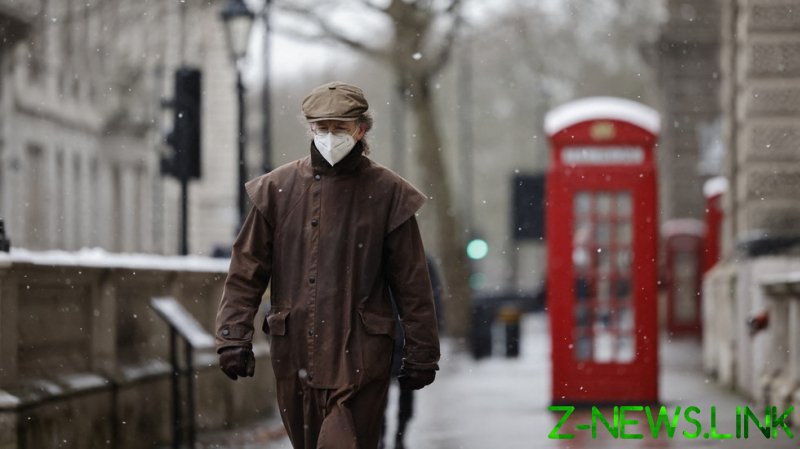 Face masks have long been a source of controversy during the Covid pandemic. For supporters, they are a vital additional barrier to virus transmission, one that is low cost and which represents a trivial burden for users. For opponents, they are state-imposed ‘face nappies’ being used as an instrument of social control. As is often the case with these ‘culture wars,’ both sides take a valid point and stretch it to the point of incredulity.

Face masks, in all likelihood, do help to reduce the risk of infection, particularly in situations where there is sustained close contact between people. When the World Health Organization changed its advice last June, it stated: “In areas in widespread transmission, where physical distancing of at least one metre cannot be achieved, fabric masks should be considered for use in public settings, such as public buses and trains, shops, grocery stores and workplaces.”

But face masks are clearly not a panacea. The mandatory wearing of masks in the UK was introduced last summer after cases had subsided and lockdown was ended. The government’s advisers shifted their position from claiming that face masks were useless – or perhaps worse than useless – to believing, on the balance of evidence, that their use was worthwhile.

Even in August last year, the then deputy chief medical officer for England, Jenny Harries, said: “The evidence on face coverings is not very strong in either direction.” Masks did not prevent the second wave in the UK last winter, nor have they prevented a rising tide of cases in recent weeks, despite a high level of compliance with the rules. At best, they may have reduced the risk a little.

Yet the militant wing of British public health would have you believe otherwise. On Monday, I took part in a discussion on BBC radio with Dr Deepti Gurdasani, the media’s go-to scaremonger on Covid-19. She claimed: “Masks, while a minor inconvenience, allow us to remain in society and meet other people as we want to without the danger of future lockdowns. What we are trying to do is maintain our freedoms and restrictions by keeping transmission low rather than heading into another lockdown.”

Most people don’t really like wearing face masks, but so far during the pandemic they have tolerated them for the greater good – even if they are sceptical about how much good they are doing. Equally, they are an imposition. If we are going to threaten people with fines and ban them from shops and other public places if they do not comply, there had better be a good reason.

But we now have 86% of adults with at least one dose of vaccine and nearly two-thirds fully vaccinated. According to the Office for National Statistics, for the week beginning June 14, 88% of adults in England had SARS-CoV-2 antibodies, rising to 90% in Wales. In every single age group of adults over 35, well over 90% had antibodies. Even in the youngest age group covered, 16- to 24-year-olds, for whom the vaccination programme was only just starting that week, almost 60% had antibodies because of prior infections and jabs for the clinically vulnerable and health staff.

Hospitalisations and deaths are on the rise, but are still at a low level compared to the winter. On July 6 there were 2,446 people in hospital having tested positive, compared to 39,254 at the peak in January. In a Twitter thread, Meaghan Kall of Public Health England noted this week that the estimated infection fatality rate of Covid in the UK has fallen from a peak of 1.7% to just 0.085% now. While in the early stages of the pandemic, many people wrongly thought Covid was no more dangerous than seasonal flu, we really are at that stage now. Imposing legal restrictions and mandates on the whole population in such circumstances is unnecessary and illiberal.

And, while I’m no fan of conspiracy theories and disagree with the idea that the government could never impose restrictions on us in an emergency situation – it sucks, but sometimes it may be necessary – this clinging to demands for mandatory face masks by many people seems like a symbolic gesture, that they are unwilling to let go of the pandemic. Enforcing the wearing of masks keeps us in a state of fear, demanding that we treat other people as a threat.

I have to travel from Scotland to London by train fairly frequently and I’ll be very glad when I no longer have to wear a mask for six hours in the process. For many people, the experience is worse, triggering feelings of claustrophobia. Masks make communication for deaf people much harder. Forcing children to wear masks in classrooms – something which continued right through the past term in Scotland’s secondary schools – is clearly a barrier to effective teaching. There are downsides to wearing masks, but the public-health zealots are blind to them in their obsession with just one form of risk – Covid.

So it’s high time we ditched these mask mandates. That said, it might be a pyrrhic victory. The major supermarkets, for example, have refused to say if they will allow customers and staff to ditch their masks if and when the legal requirement ends, as looks likely on July 19. Budget airlines Ryanair and Easyjet have both stated that they will enforce the wearing of masks even after then. The mayor of London, Sadiq Khan, has demanded that face masks remain compulsory on public transport services in the capital. It seems big organisations are struggling to let go, too.

There are situations where I would consider wearing a face mask after the rules are relaxed. For example, while visiting elderly and still-nervous friends, I would treat a polite request to wear a mask in much the same way as I would being asked to take my shoes off – simply a matter of courtesy. But we don’t need every individual to have to risk being fined or refused services because they don’t want to wear a mask. It’s time to leave these choices to our own judgement.