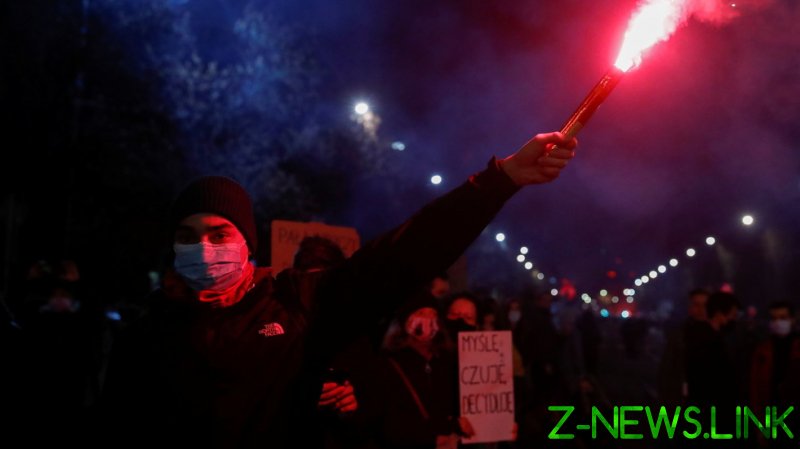 The streets of the Polish capital were reinforced by police and military on Friday, as thousands of demonstrators gathered to oppose a recent court ruling that introduced a near-total ban on abortion in the mainly Catholic country.

The protests were hailed by politicians and pundits in Western Europe, but some Poles weren’t pleased. In video footage shared on Twitter, a crowd of masked men, labeled by social media users as “nationalists” and “Nazis,” charged towards the demonstrators.

One of the masked men shot a flare point-blank at cameraman Jan Spiewak, as others chucked more flares towards the pro-choice crowd. Scuffles and fights between both sides were also caught on camera.

Friday is the eighth consecutive day of anti-abortion law activism since Poland’s constitutional court closed one of the few remaining grounds for abortion on October 22. It is now only legal for an abortion to take place in cases of rape, incest or to protect the life of the mother.

Abortion is a divisive issue in Poland. A 2016 opinion poll found that, outside of these cases, less than 20 percent of Poles surveyed support legal abortion. Among women, the number was even lower, at under 15 percent.