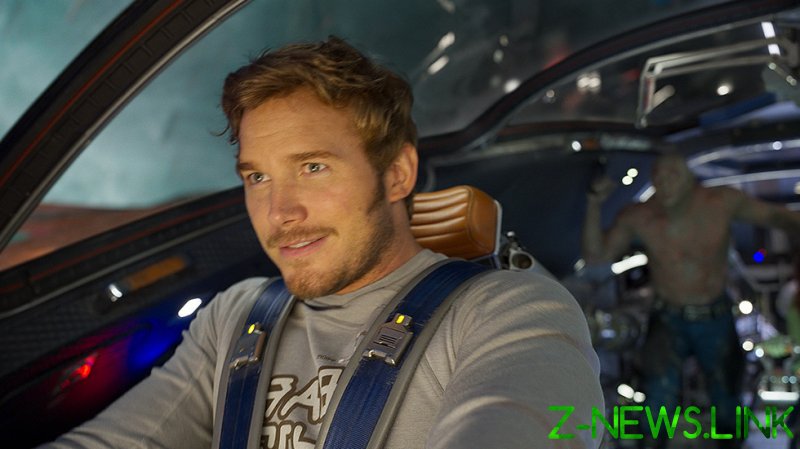 Chris Pratt is currently one of the biggest names in Hollywood. He has a net worth of around 60 million dollars, has starred in some of the biggest movies of the last ten years, and is pretty well loved by most folks out there. He is known as a non-denominational Christian, but largely stays away from political talk. However, this hasn’t stopped him from being targeted by the woke mob. In fact, they appear to hate him.

Most people know that the most famous character Pratt has portrayed is space adventurer Peter Quill, aka Star-Lord, from Marvel Comics. Pratt’s performances made an obscure D-list character much more relevant. However, the publisher has now made a change to the character: Star-Lord, previously known for being a womanizer, is now apparently bisexual and polyamorous. Had he shown himself to be either of those in previous comics? No.

That hasn’t stopped Marvel Comics, though, which has form for this kind of thing. It retroactively made the character of Iceman gay, through what could best be described as psychic conversion therapy. So this won’t be a major surprise for any comic fans who have been following the house that Stan Lee built. The real issue, though, is that this seems to be an attempt by the publishing wing of Marvel to ‘get back’ at Chris Pratt for believing in God.

When woke Twitter deemed Chris Pratt the “worst Chris” earlier this year, it didn’t work out too well because his Avengers cast mates leapt to his defense, and rightly so. I would argue that the moment people like Robert Downey Jr and Mark Ruffalo defended Pratt, it was a massive blow to cancel culture.

But at this point, Marvel Comics might as well be run by woke Twitter. Having spoken to several people who have worked for the publisher in the past since my time as a comic writer, I’ve heard several tales about exactly how mean and childish the editorial board can be. This is just another example.

More than anything, this is just another display of how intolerant the supposedly ‘tolerant left’ can be. And the funny thing is, the publisher continues to make stupid moves like this that are contrary to good business.

I don’t know if Marvel thinks the world has changed because Joe Biden has been elected president here in the US, but the fact is that comic book fans are sticklers for continuity. Moves like this have never been popular. You might get GLAAD to give you another award for how progressive you supposedly are, but comic book sales aren’t going to increase and more comic book shops are going to die, because the comics that pull this nonsense are crap.

The vindictive nature of this move by Marvel Comics is the death rattle of a dying industry. I had hoped that Kevin Feige overseeing the publishing branch of Marvel would improve things, but it looks like he’s taking a hands-off approach. I highly doubt that he would ever have this nonsense reflected on the silver screen, because it would be so far out of leftfield. So what you get is a retcon that serves no purpose aside from digging at Chris Pratt’s beliefs, all while the comic book industry continues to fall by the wayside.

I’m sure that the writers and editors who determined this made a popular decision with their 40 cats and 12 room-mates. So my message to them is as follows: Chris Pratt is still worth millions, movies that he is in will continue to be successful, and you will achieve nothing other than guaranteeing that nobody is going to read your books. Congratulations… you’ve just created another example of virtue signaling an industry into its grave.