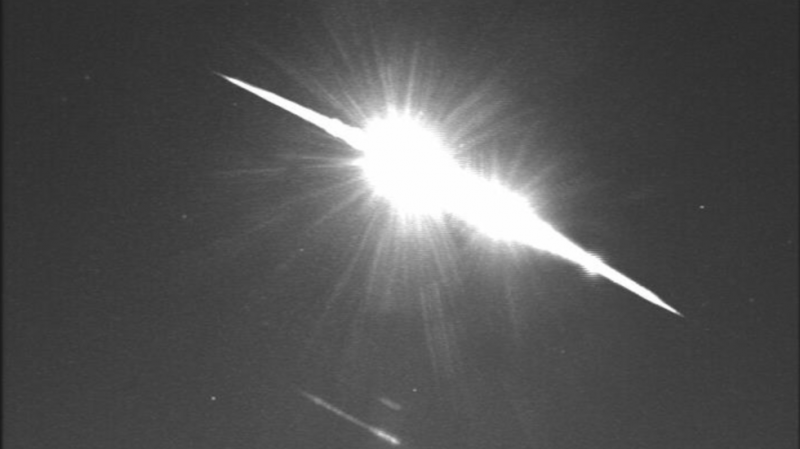 The fireball was so bright it triggered doorbells across the UK shortly before 10pm local time from Manchester to Cardiff, Bath, and Milton Keynes and everywhere in between, with the UK Meteor Network receiving over 120 reports of sightings.

Social media was flooded with videos purporting to show the celestial fireworks display.

According to the American Meteor Society (AMS), fireballs are generally as bright as the planet Venus (magnitude -4) when observed in the evening or morning while, for comparison, a full moon is magnitude -12.6 and the sun is -26.7.

“I first thought it was a bright star or plane, then it got bigger & faster, then a huge flash lit up the sky & it burst into a massive tail of orange sparks trailing behind like a giant firework!”wrote one astonished stargazer.

Another user wondered aloud if the phenomenon was Martians getting payback for NASA’s Perseverance rover touching down on their red planet.