Mars for Musk: Bill Gates uninterested in battling Tesla tycoon to be first on red planet 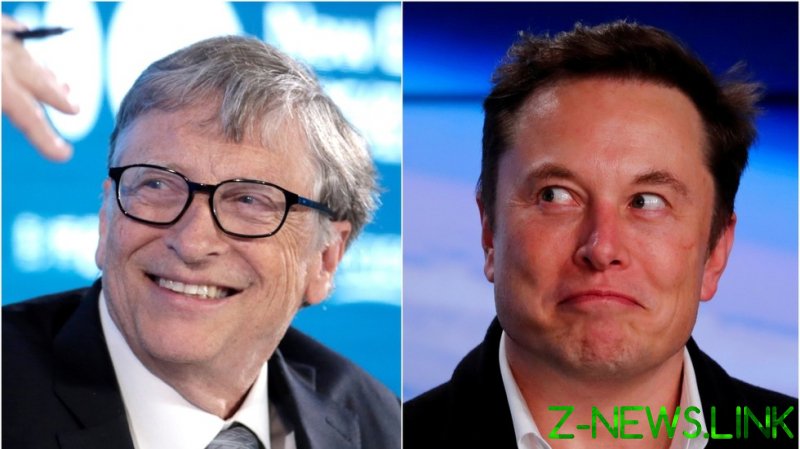 Gates complained big-time Earth entrepreneurs weren’t doing enough to fix “the hard stuff: steel, cement, meat” on Earth while instead pouring their resources into “the electricity, passenger cars” and showier developments, particularly in the realm of space travel.

“Sadly, the things people think about – the electricity, passenger cars – are a third of the problem. So we have to work on the two-thirds,” Gates continued, adding that “if all you pay attention to is those short-term metrics, not the green premiums across the board, then you miss out on what is the longest lead time, which is the hard stuff.”

“I’m not going to pay a lot of money [to go to space in a rocket] because my foundation can buy measles vaccines and save a life for $1,000,” the billionaire explained. Admitting he was “not a Mars person,” he told Sway podcast host Kara Swisher that he did not “think rockets are the solution” on Tuesday.

While acknowledging that “underestimating Elon [Musk] is not a good idea” and “what Elon did with Tesla is one of the greatest contributions to climate change anyone’s ever made,” Gates reiterated that his work was firmly earthbound. “Anything I do, I always think, OK, I could spend that $1,000 buying measles vaccine.”

While he praised the efforts of Tesla and its ilk in working on the “easy stuff,” he lamented more companies weren’t rolling up their sleeves to get involved in reversing climate change. He recently released a book titled “How to Avoid a Climate Disaster,” proposing a number of ‘solutions’ in which he has invested a considerable amount of money including “synthetic beef.”

While much more expensive to produce than breeding cows, Gates says the fake beef will generate fewer greenhouse gas emissions. Meanwhile, he has recently become one of the largest holders of farmland in the US, and given the suggestions he has made in his book – essentially “telling people ‘you can’t have cows anymore,’” which he admits is a “politically unpopular approach to things” – some skeptics have raised eyebrows, wondering if the software tycoon plans to force his frankenbeef on humanity for climate’s sake.

The billionaire, whose net worth is about $130 billion according to Bloomberg, has recently complained about how many people believe “crazy” and “evil” conspiracy theories that suggest Gates wants to use mandatory Covid-19 vaccinations to implant microchips into their bodies. The software developer has insisted from day one that all seven billion of the planet’s population must be vaccinated against Covid-19 and has also been a vocal proponent of the unpopular idea that anyone who receives the jab should carry a vaccination certificate of some kind so that they can show their inoculation status on demand.

The CEO turned vaccine evangelist has poured nearly $2 billion into the global Covid-19 vaccination effort and has expressed hope that the US will be better prepared for the “next pandemic.”

Musk aims to send 1 million people to Mars by 2050 with the eventual hope of establishing a “self-sustaining city” on Earth’s neighbor in case the planet becomes unsalvageable. Bezos, on the other hand, is working on building a moon base and “space colonies” capable of hosting up to a trillion people.

Musk and Gates have clashed over Covid-19, with Gates – who never graduated from college and does not have a medical degree – describing Musk as uneducated when the electric car developer suggested his family would not be taking one of Gates’ Covid-19 vaccines.