Home / WORLD / Married Democratic candidate for Senate caught sexting with another woman, refuses to drop out of race as opponent got Covid-19

Married Democratic candidate for Senate caught sexting with another woman, refuses to drop out of race as opponent got Covid-19 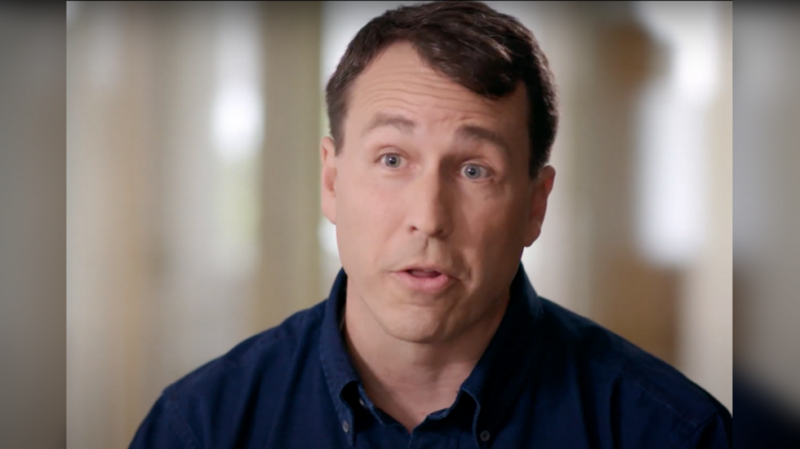 Democratic Senate candidate Cal Cunningham, a married father of two, admitted to the text messages after a report revealed screenshots of the exchanges.

The messages were between Cunningham and Arlene Guzman Todd, a public relations strategist who is also married, and included the two talking about kissing and making plans to see each other.

“Would make my day to roll over and kiss you about now,” Cunningham says in one text message. The 47-year-old lawyer and Army Reserve member also calls Guzman Todd, whose husband is also a veteran, “historically sexy.”

She says in one message that “the only thing I want on my to do list is you.”

The messages don’t include dates, but one includes the Senate candidate saying he is “nervous about the next 100 days.” Since the election is November 3, that would place the text likely around late July.

Cunningham confirmed the authenticity of the messages on Friday night, but said he would not be dropping out of the race.

“I have hurt my family, disappointed my friends, and am deeply sorry. The first step in repairing those relationships is taking complete responsibility, which I do. I ask that my family’s privacy be respected in this personal matter,” he said in a statement, adding that he will “continue to work to earn the opportunity to fight for the people of our state.”

The North Carolina Senate race was rocked by more hard-hitting news on the same day Cunningham confirmed the texts when his opponent, Republican Thom Tillis, revealed he has tested positive for Covid-19, one of many government officials, including the president, to reveal a positive test this week.

“Over the last few months, I’ve been routinely tested for COVID-19, including testing negative last Saturday, but tonight my rapid antigen test came back positive,” Tillis said in a statement, adding that he will be “self-isolating” for the next 10 days.

Cunningham announced he will also be getting tested since he shared a debate stage with Tillis recently.