Mark Zuckerberg created the clock “on the contrary” 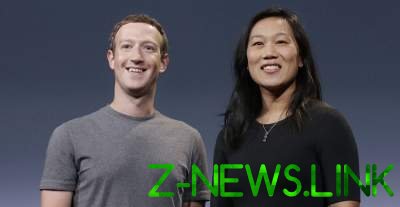 A feature of the invention that it does not Wake the person.

The founder of social network Facebook mark Zuckerberg created for his wife Priscilla Chan unusual alarm clock that is designed to help her sleep at night and full of energy to take care of the children during the day.

A feature of the invention Zuckerberg that it wakes the person, but rather shows that the time to rise has not come yet. According to the billionaire, his wife she woke up early, afraid to sleep: “being a mom is hard, and since then, as we have had children, Priscilla had a rough time with sleep at night. She woke up and checked the time on his phone to find out how soon the kids get up, and then, knowing that the time has not yet come, fell into stress and couldn’t get back to sleep,” wrote mark Zuckerberg on his page in Facebook.

Service from the founder of Facebook is a small wooden box, most of which are less than 1 cm raised above the ground. Out of this gap comes the soft light between six and seven o’clock in the morning, when Priscilla needs to Wake up and engage young daughters. At night, the invention is not lit, so, suddenly awakened middle of the night, Chan sees that the time to rise has not come yet and you can safely continue to sleep, without checking on the smartphone, which now hour.

Zuckerberg also wrote on his Instagram in alarm, which called him “a box to sleep” and posted a photo. This businessman showed entrepreneurial spirit, which helped him earn billions of dollars, hinting that he would not mind if someone started mass-producing the innovative gadget.