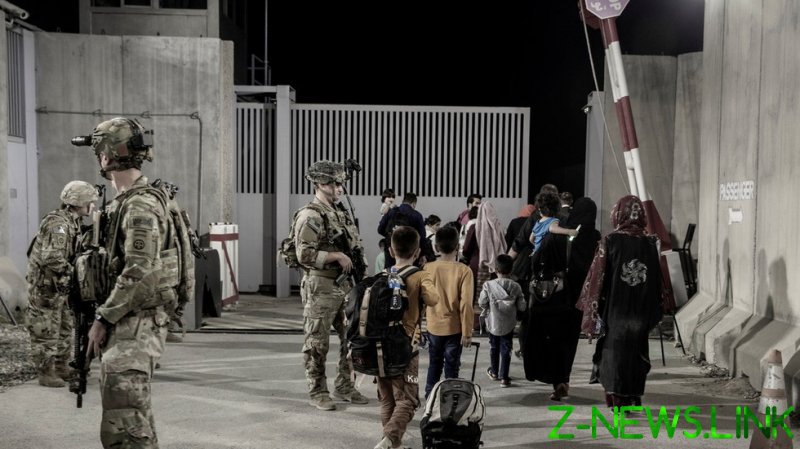 Scheller remained defiant at his court martial hearing, saying before the proceedings that he stands by his comments on the matter.

“I feel good about everything I said,” he declared before being given his punishment. Scheller posted multiple videos that went viral in which he blamed military leadership and poor planning for the chaotic US exit from Afghanistan.

“This is not the America I fought so hard to defend for the last 17 years,” Scheller, 40, said in the videos.

Judge Glen Hines noted that Schaffer had an impressive military record before his recent misconduct. In reviewing the videos, Hines said he saw “a man who appeared to be in pain, frustrated and confused.”

Scheller has noted that he has faced personal struggles in recent months, but added that nothing he said in the videos was false.

“If the Marine Corps could have charged me with that, they would have. My statements all center around the fact that I do not believe General Officers are held to the same standards as junior leaders,” he said. Scheller also demanded those behind the messy Afghanistan withdrawal “accept responsibility.”

“Not a single General Officer has contacted me directly in any forum to de-escalate the situation,” he said. “Since this endeavor began, I have acknowledged that I should be held accountable for my actions.”

He also accused the Marines of smearing him in the wake of the controversy over his videos, forcing him to take a mental health evaluation, but never at any other point caring for his mental health – even when he needed to miss his child’s birth.

“After I was released from the hospital, I felt like all bets were off. I felt like the Marine Corps was out to get me, and I didn’t feel like a single officer or previous peer had my back,” Scheller said.

The judge noted Scheller would have been docked another $5,000 in pay if not for the nine days he spent in military jail.

Scheller was sent to military jail on September 27 and released on October 5, after his lawyer came to an agreement with the Marine Corps. He pled guilty to all charges against him, including willfully disobeying a superior commissioned officer and dereliction in the performance of one’s duties. Scheller will be resigning from the military, though it has not been determined what kind of separation agreement he will have and whether it will be considered ‘honorable’ or ‘dishonorable’.

Scheller’s attorney, Tim Palatore, defended his client after the hearing, saying he expressed the frustrations of numerous other US service members and veterans over the handling of the recent military withdrawal.

“He put his career on the line and as you just saw, he has lost his career to put out a message. And if that message goes unheard, if nothing happens from it, then the pain will continue,” Palatore said after the hearing.