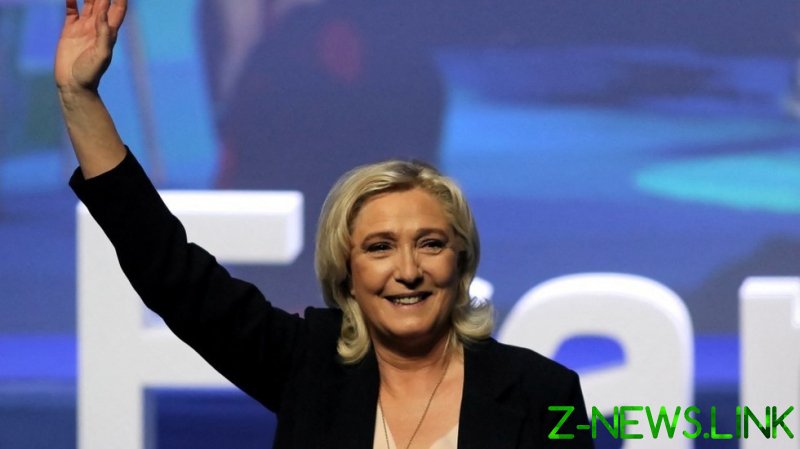 Le Pen was re-elected at a party congress on Sunday, winning 98% support and facing no competition.

“Your confidence honors and obliges me,” Le Pen tweeted after the vote. “Unite for victory!”

Her re-election comes ahead of a presidential showdown against incumbent Emmanuel Macron next April, and polls show Le Pen within two points of the centrist president. However, France’s two-round electoral system makes it likely that even in the event of a first-round victory, opposition parties would team up to defeat her in the second round of voting, a system that Le Pen herself recently described as “unnatural.”

Moreover, her National Rally party performed dismally in regional elections last week, failing to pick up a single seat in several districts where victory was predicted.

Yet Macron’s La Republique En Marche (LREM) failed to make an impact during regional voting, winning just 7% of the vote amid historically low turnout. Candidates from the traditional center-right and socialist left, however, performed well.