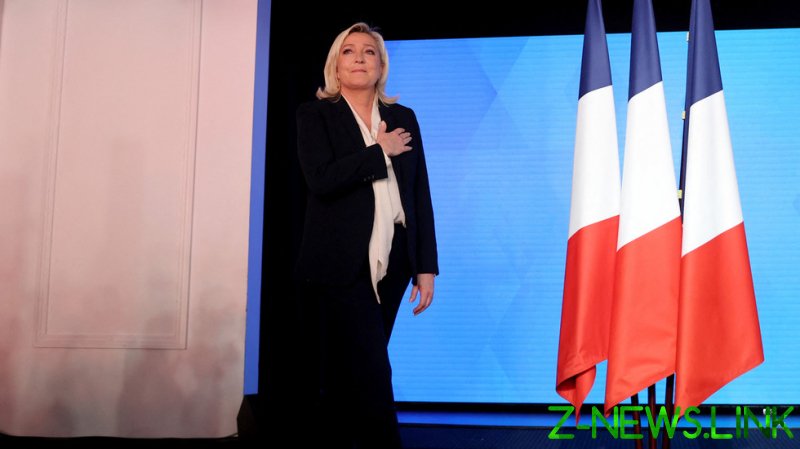 Marine Le Pen conceded defeat in the French presidential election on Sunday, calling her result a “resounding victory.” In the second round, the candidate from the right-wing National Rally party was defeated by the incumbent president, centrist Emmanuel Macron.

Speaking after the announcement of first exit polls Le Pen said she has nothing to complain about.

“I have no resentment or bitterness,” she said before expressing her gratitude to all those who supported her in two rounds of presidential election. She also asked her supporters to vote for her party in the upcoming parliamentary election this summer.

It has been a long road for Le Pen, a daughter of a five-time presidential candidate, a far-right heavyweight Jean-Marie Le Pen. The 2022 election is a third one for her. In 2012, she came third with 17,9% of the vote, behind Francois Hollande and Nicolas Sarcozy. In 2017 she reached the second round but had to concede to Macron after receiving approximately 33.9% in the second round.

In Le Pen’s opinion, her results might mean that France is prepared for change.

According to the Elabe Institute’s estimates, Le Pen has got 42% of votes while Macron has won the race with 58%.

In the first round, Macron won 27.85% of the vote, and Le Pen received 23.15%. Macron’s re-election has apparently come as a relief for some other EU countries as several European leaders ahead of the election called on the French voters to support Macron and not Le Pen.