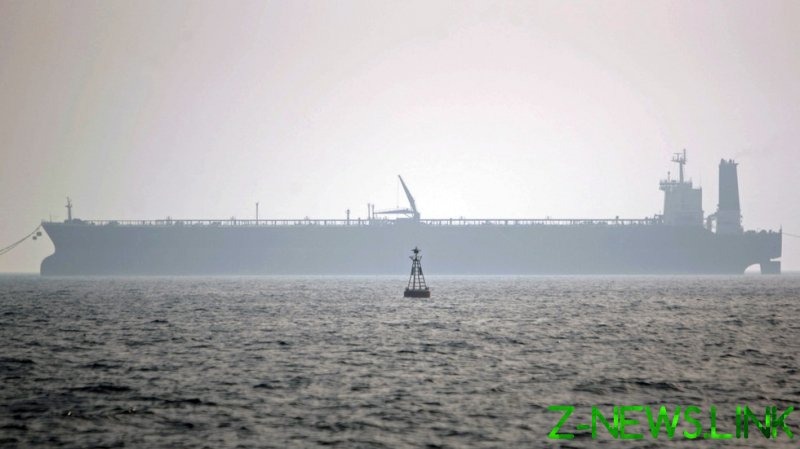 Iraqi authorities confirmed the discovery on Friday morning through the semi-official Security Media Cell Twitter account, saying a “foreign body” was spotted on the vessel as it entered international waters in the Persian Gulf on Thursday afternoon, some 28 nautical miles (52km) off Iraq’s coast.

“Immediately a team for handling explosives was formed from the Ministry of Interior,” the Security Cell continued, adding that the team was “still working to neutralize the mine and evacuate the target ship, and our naval forces are making a great effort with the bomb team to accomplish this mission.”

The tanker, rented from Iraq’s government-run Oil Marketing Company (SOMO), was in the area to refuel another vessel, which was successfully evacuated after the bomb was found.

Another security source who spoke with Reuters on condition of anonymity said the sea mine is “complicated” and has “sensors that could cause a sudden explosion,” adding that the bomb squad had never handled a device of that kind. “We asked for further assistance from a more professional bombs team,” he said.

The confirmation from Baghdad came one day after two private security firms – Ambrey Intelligence and Dryad Global – said that sailors feared that they found a “limpet mine” on a Liberian-flagged ship in the Persian Gulf. Another private intelligence outfit, Aurora Intel, shared unverified photos and footage purporting to show the mine affixed to the tanker’s hull, also posting satellite imagery of the two vessels at sea.

The UK’s Marine Trade Operations, part of the British Royal Navy, similarly reported the discovery of a limpet mine, urging other ships that sailed in the area to conduct hull checks. A spokesperson from the US Navy’s Middle East-based 5th Fleet, meanwhile, said it was monitoring the incident, according to the Associated Press.

It remains unclear who was behind the apparent mining attempt, with no party taking responsibility. Washington, however, has repeatedly blamed Iran for similar incidents in the past, including a series of mine attacks on tankers stationed in and around the Persian Gulf in the summer of 2019. Tehran has emphatically denied the allegations.

Iranian Foreign Minister Javad Zarif claimed on Thursday that “intelligence from Iraq” suggested that the US was plotting to “fabricate a pretext for war,” around the time early reports emerged about the naval mine. The FM vowed that Iran would “openly and directly” defend its people, though insisted his country does not seek conflict.