Home / policy / Marchuk predicted, when the war in the Donbas

Marchuk predicted, when the war in the Donbas 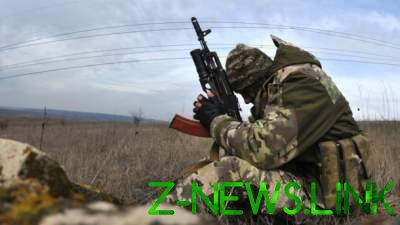 According to Marchuk, the hybrid war in the Donbas will end sooner than 25 years.

The representative of Ukraine in the tripartite contact group in Minsk Yevhen Marchuk believes that the threat of war in the Donbas not, and it may end earlier, than in 25 years.

This ex-Prime Minister, who was also defense Minister and head of the SBU, said in an interview.

In my opinion, no threat of war there. It is clear that Russia has used and will use any method, he said.

According to Marchuk, the hybrid war in the Donbas will end sooner than 25 years, referring to the conflict in Nagorno-Karabakh.

“I think the situation can be resolved in the Donbas and much earlier. Very difficult. Yes, the world practice knows, Nagorno-Karabakh (25 “24”), Northern Ireland – 20 years, Colombia – 50 years, Palestine… But there are other components. Slightly in Northern Ireland (conflict – “24”) similar to ours. But in that conflict there is a nuclear player who is a foreign state,” he said.

The representative of Ukraine in the TAG suggested that the situation may develop in an unfavorable light for Ukraine.

“Because Russia is ahead of the West, not to mention Ukraine, breaking several major important international agreements that ensure balance and stability. Withdrew from the Treaty on conventional armed forces in Europe, has ignored the Budapest Memorandum,” he explained.