Marches in honor of Stepan Bandera the 2 thousand police officers 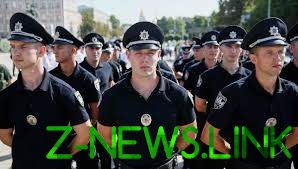 Planned a series of events anniversary of the birthday of Stepan Bandera.

Public order during the celebration of the 109 anniversary of the birth of Stepan Bandera in Ukraine will provide nearly 2 thousand employees of the interior Ministry. This was stated by first Deputy Minister of internal Affairs of Ukraine Sergey Spring, reports the press service of the MIA of Ukraine.

54 expected mass events associated with the anniversary. The police predict that they will be attended by over 8 thousand people.

Read also: Volunteers from Lviv lucky help for the holidays the Ukrainian fighters

“In connection with the celebration of the 109th anniversary of the birth of Stepan Bandera planned to hold 54 events with participation of more than 8,4 thousand people”, – stated in the message of Ministry of internal Affairs.