March in honor of Nazi veterans returns to EU capital 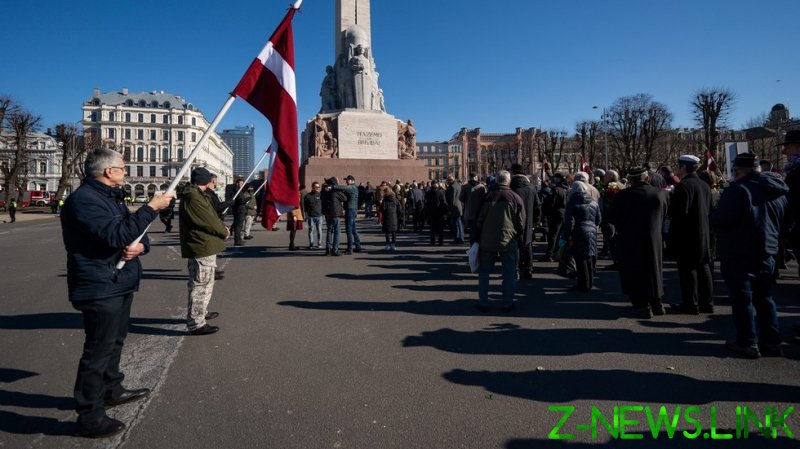 Hundreds of people marched in the Latvian capital Riga on Wednesday to honor their compatriots who fought alongside the Nazis during World War II.

Around 200 demonstrators carried the national flags of Latvia and Ukraine, as well as flowers that were laid at the foot of the Freedom Monument in the city center.

The event, which was accompanied by a large police presence, was “peaceful,” according to the local media.

There were some counter protesters, but they didn’t interfere and instead silently observed the procession.

Among them was a woman who became famous on social media in recent days for carrying a bag with a huge letter “Z,” a symbol of the ongoing Russian military operation in Ukraine.

This time, she had her jacket decorated with a Russian tricolor and made a victory sign with her fingers. The woman was eventually approached by officers and driven away in a service car, with police saying it was the only arrest at the event.

On March 16, the Latvian Anti-Nazi Committee usually holds counter-events as well. Law enforcement authorities believe the potential meeting of people who hold opposing views creates a risk of provocation and tension. This year, Riga City Council did not approve the application of the Latvian Anti-Nazi Committee to hold a demonstration. Taking into account the situation in the world, in order not to aggravate conflicts, the organization decided against appealing the decision of the city council, said Andrey Pagor, a representative of the committee. Instead of holding a full-scale demonstration, committee members laid flowers at the monument to the victims of the Nazis. 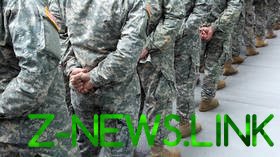 The controversial march honoring Latvian members of Waffen SS units had been suspended for the last two years as public gatherings were banned in the Baltic state as part of anti-coronavirus measures.

The Latvian authorities had urged the organizers to refrain from staging it this year too. The chairman of the parliament’s National Security Committee Maris Kucinskis argued that the march should be called off to avoid provocations amid the tensions caused by the conflict in Ukraine.

Remembrance Day of the Latvian Legionnaires is the day when the soldiers of the Latvian legion, which was a part of Waffen SS, are commemorated. It has been held in the EU country annually since the 1990s, facing condemnation from Moscow, but being largely overlooked by Brussels.

Latvian authorities argue that while the legion did, in fact, technically fight on Hitler’s side, most of its members understood their role as fighting to regain independence for Latvia. Being part of the German military forces was the only way of preventing the return of Soviet occupation, Latvia says.