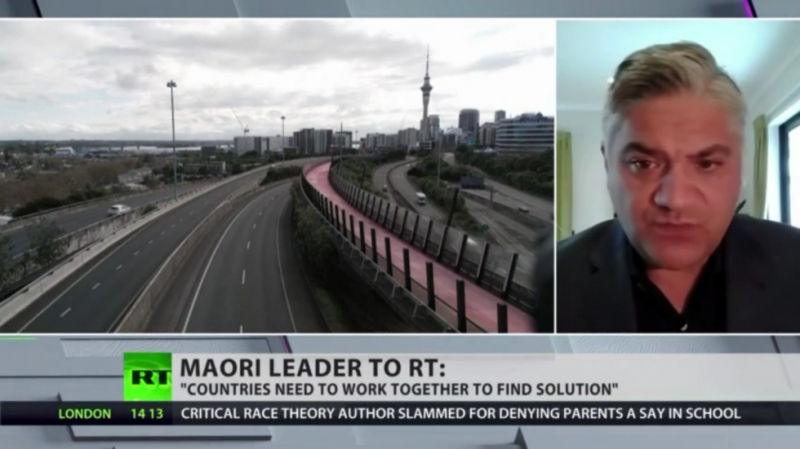 Australia and New Zealand are facing a surge in gang-related crimes, and the policy of shipping busted gang members away from Australian soil instead of joining forces hurts both neighbors, a Kiwi activist told RT.

Since 2014, foreigners living in Australia on a temporary visa can be deported by the Minister for Home Affairs on “character grounds” – vaguely defined as posing some kind of risk to the Australian community. Some of those kicked out got caught committing petty crimes. Others are career criminals with extensive ties to Australian gangs. Many may have lived all of their adult lives on Australian soil.

New Zealand citizens deported this way, who are known as 501s after the relevant section of the Australian Migrant Act, have been increasingly seen as a problem in their home country. Police officials in New Zealand said gangsters deported from Australia have contributed to a recent rise in organized crime in the country, “seeding” new groups, in the words of New Zealand Police Commissioner Andrew Coster.

“Just deporting your problem away does not solve the problem of gangs in both Australia and New Zealand,” businessman and activist Matthew Tukaki told RT. He chairs the National Maori Authority and was involved in tackling various community issues like the protection of vulnerable children and suicide prevention.

He is a vocal advocate for pressuring Australia on the issue of 501s, and has been interviewed on the issue by several media outlets recently, including New Zealand’s Newshub and Britain’s The Guardian.

Canberra, of course, has the right to deport foreign citizens according to its laws, Tukaki acknowledged in an interview with RT. But the way this policy is applied to New Zealanders goes against the special relations that the two Pacific neighbors share, he argued.

“We’ve fought in world wars together alongside each other. Hundreds of thousands of New Zealanders live and work harmoniously in Australia and many Australian citizens enjoy the rights of citizenship in New Zealand as well,” he pointed out.

Many of those deported are certainly “not angels,” as they have lengthy criminal records. But deporting them may simply be cruel, considering that their families often live in Australia.

“Many of them have children and grandchildren in Australia. Their wives and partners are in Australia. It’s not good enough just to say ‘well, we’re gonna stick a whole bunch of people on a government-chartered plane and send them back to New Zealand.’ That is not the spirit of friendship that you would expect between two neighbors,” Tukaki said.

People in Australia and New Zealand basically want the same things for themselves: streets safe from gang violence, illegal weapons, and drugs, the activist said. And the two often share problems. The perpetrator of the 2019 Christchurch massacre was an Australian citizen, who “came to this country and took the lives of 50 men, women and children,” he reminded us.

Treating New Zealand as a sort of “penal colony” by shipping criminals there may seem like an easy solution for the Australian government, but it is actually not a solution at all, Tukaki pointed out. After all, criminals on both sides of the Tasman Sea cooperate with each other, and the law enforcement should do the same.

Australia and New Zealand can work together to crack down on gangs, allocating more resources to police intelligence-sharing and community outreach programs, he suggested. The latter is just as important, Tukaki believes.