Home / WORLD / ‘Many US commentators have never BEEN to countries they comment on, see entire world from Washington perspective’ – Stephen Kinzer

‘Many US commentators have never BEEN to countries they comment on, see entire world from Washington perspective’ – Stephen Kinzer 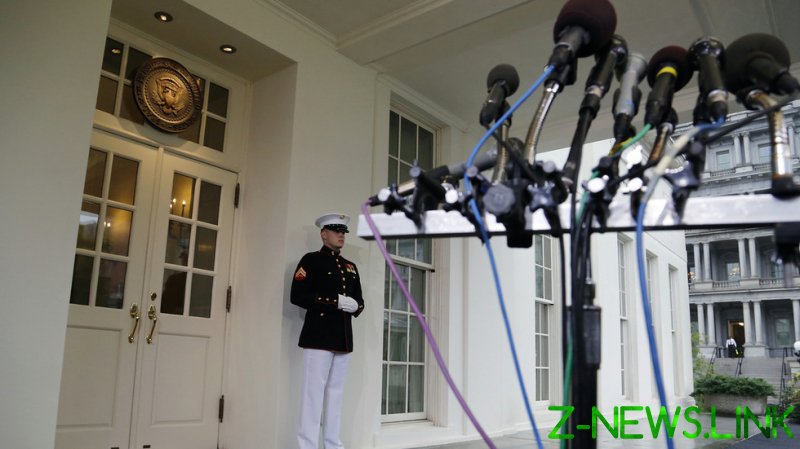 I asked the author and journalist Stephen Kinzer how the corporate media came to be so devoid of honest content and discussed the rise of censorship by Big Tech.

Kinzer is a Boston Globe columnist and formerly a correspondent for the New York Times. With over two decades of experience reporting from around the world, including areas being targeted by American imperialism, Kinzer can offer a much needed critique on the state of journalism today.

He started as an independent journalist in Central America in the mid-70s, when few journalists were going there, later reporting from Central Asia, Turkey, the Caucasus, and Europe.

“I’m sometimes asked why I developed a different perspective on the world than many other people who comment in the American press,” he told RT. “I always seem to be the skunk at the foreign policy garden party. Why is that? 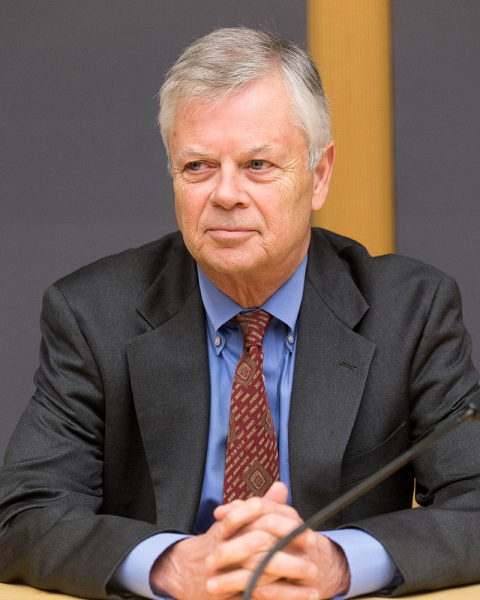 Unlike such journalists and commentators, Kinzer learned journalism by going places and writing firsthand what he saw and heard.

Having myself learned journalism the same way, I appreciated his words. And I had a followup question about the concept of journalistic qualifications, something my detractors have claimed I lack.

According to Kinzer, there are many qualifications for being a journalist that are much more important than what school you went to or what you studied.

“The most important one is independent thinking. The great curse of our press in the West is willingness to accept the official narrative,” he said.

In his view, many American journalists are merely stenographers.

“They’re sitting down at a press conference, they write down what some government spokesman says, then they go and print that in a newspaper. You hardly even need to have a sentient human there, you can get an algorithm to probably put most of those stories together.

“And when you want to have a story that’s very well-sourced, they call the State Department, and the Defense Department, and several think tanks, and some congressmen. And they think, ‘Well I sure covered the landscape on this one!’”

But that, Kinzer argues, is not what covering the landscape is about.

“The great qualification you need for a journalist is the confidence to go out and see for yourself, and believe that your eyes are actually telling you more than press releases from some other country.”

Indeed, much of the lies and war propaganda about Syria, for example, have come from journalists situated in Istanbul, Beirut, or North America, most who have never been to Syria, or if they have – not in the past decade.

“It’s amazing to see how many people have built reputations as commentators on foreign countries and world affairs who have never been there, have no idea, beyond vague tropes, of what those countries are,” Kinzer said. “It’s because they are seeing the entire world from Washington’s perspective, and don’t think there is any other perspective worth having,” he added.

“It’s truly amazing, I’ve seen the decline of this profession into such willing subservience. We don’t have any core of regular columnists or people trying to challenge established narratives. We do have voices that pop up periodically, but they’re so drowned out by the regular columnists who just voice the same tropes over and over again,” Kinzer said.

“The intellectual laziness of the American press in covering the world has never been as extreme as it is now. It’s just as dangerous in most of what’s called NATO countries to be contradicting the narrative as it is in the United States.”

In 2014, German journalist and editor, Udo Ulfkotte, told RT he had been forced to publish works not written by him under his own name (or risk being fired), including things “written by agents of the CIA and other intelligence services, especially the German secret service.”

According to Kinzer, the CIA “has had a massive, long-term effort to influence” the Western media dating back to the Cold War era.

“The CIA has placed its own people, people who are on its payroll, in the offices of major news outlets over many decades. There was a large project the CIA called ‘Operation Mockingbird’ aimed specifically at trying to influence the US press, and particularly what the US press writes about the world,” he said.

He recalled that in 1954, “when the CIA was planning to overthrow the government of Guatemala… because its president was ‘communist’, a New York Times reporter there started writing stories saying that actually the president is not communist and that land reform is only answering a desperate need of starving Guatemalans.”

At CIA Director Allen Dulles’ request, the publisher agreed to keep the correspondent, Sydney Gruson, out of Guatemala.

“Now that’s an extreme example. But, the motivation behind it is still there. There is a tremendous desire on the part of the CIA to control news.”

While not surprised that the CIA would interfere in journalism, Kinzer was emphatic about his disgust that journalists toe the line.

“What I don’t like is that journalists go along with this! Power has so many levers, why should journalists become yet another one of them. We are the ones that are supposed to be questioning. It’s the job of reporters not to submit themselves to that.”

‘Press a button, and the narrative changes’

Kinzer also noted how media narratives can suddenly change, like a switch has been flipped.

“It’s so interesting that when power decides to change the narrative, it happens right away.

“I can remember just six months ago turning on my PBS News Hour, in the US, and seeing a very longreport with General Dunford and Kelly Ayotte and a bunch of these right wingers who had come up with a big report about Afghanistan. And it was about why we can’t leave Afghanistan, we have to stay. It was a 10-minute report, and no other voices, nobody came on to say, ‘Wait a minute, that’s nonsense.’ Everybody was saying, ‘We have to stay in Afghanistan forever.’

“Suddenly, the president of the United States decides, OK, we’re gonna withdraw. And now, suddenly, it’s acceptable to say, ‘That whole Afghanistan thing was a disaster.’ Somebody just has to press a button, then the narrative changes, then everybody is allowed to say what the president said. But if you had said it one day before, you would have been in a lot of trouble.

“You have to wait for the general narrative to change, then you can change your narrative, but don’t do it until power tells you it is acceptable to change.”

Later in our conversation, he gave the example of writing about Israel, which he said was hard to do, until recently.

“Suddenly, in recent weeks even, it’s become a little more OK to be critical of Israeli policies, because some people in Washington are now a little more critical.”

Big Tech censorship on the rise

In the past several years, there has been an increase in social media giants deciding what content is acceptable and what “violates” so-called “community standards.” And as I wrote recently, it has gotten to the point where Twitter issues scary warnings about “unsafe” or “spammy” content from websites the social media platform deems dangerous, potentially scaring readers away.

Commenting on the matter, Kinzer said that “the power of private companies to decide what people see and don’t see is greater now than ever.”

As for censorship by the outlets he has written for, Kinzer said he was lucky to be writing from places that editors really didn’t have the knowledge to tell him how to report. “Nobody called me and said ‘I know everything about Uzbekistan and this is wrong.’”

That said, he does maintain that in writing his columns, some subjects are either taboo or you would have to frame them in the usual anti-Russia manner common in Western media.

“It’s very hard to get a story in the American press about Russia that’s anything other than fitting into the cliches. I’ve had trouble writing about Russia, because the narrative that Putin is something other than a killer is not welcome in the United States. And I’ve had trouble writing about Syria. And of course, it’s very difficult to write about Israel.”

On the 10-year anniversary of the war on Syria, I wrote about how, mind-bogglingly, Western media and pundits continue to repeat the cliched and debunked rhetoric and lies that have been recycled year after year.

Kinzer addressed this technique, the repetition of narratives.

“I had an editor at the New York Times years ago who told me: A lot of journalism is about repetition. And boy does the American press do that. We have been told certain things about certain countries so many times over. And it just seems like the truth.

“‘The evils that have taken hold of Russia. The daily genocide that’s happening under the killers in Syria…’ You don’t need to go, you don’t need to check, it’s just like the air, it’s like an obvious fact.”

The Pulitzer, he argued, is supposed to encourage original reporting, “not people that just scribble down what officials say, and then put it in nicer prose, and use phrases that are calculated to make people believe that government opinion is actual fact.”

“The job of journalists is to rebel against the narrative. We are out there as the eyes and ears of the world. If you don’t want to do it, fine, but don’t pretend that you’re doing it, and sit in your little cubicle and think of the stereotypes you’ve been fed and just regurgitate them. That is not journalism, it’s just public relations.”

In conclusion, Kinzer recalled a quote by Mark Twain: “The majority is always wrong. When you find yourself on the side of the majority, it is time to reform.”

Indeed, time and again when the majority has written about “weapons of mass destruction,” “chemical attacks,” Iraqi troops “killing babies in incubators,” and other Washington-contrived narratives, those courageous few who have stood up against those lies-based-narratives have proven to be honest journalists.