Home / WORLD / Manufacturing our consent for medical apartheid? ‘Libertarian socialist’ Noam Chomsky comes out in support of a two-tier society

Manufacturing our consent for medical apartheid? ‘Libertarian socialist’ Noam Chomsky comes out in support of a two-tier society 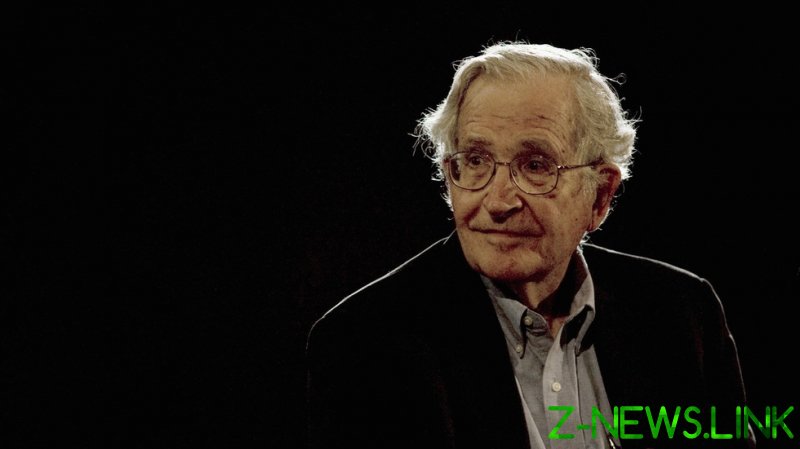 The one good thing about the last 18 months is that it has exposed who were the genuine supporters of basic human freedoms and who were not. Goodness me, there’ve been quite a few surprises, haven‘t there?

If I had said to you back in 2019 that, under the guise of fighting a virus with an IFR of 0.096% states across the western world would impose the greatest peace-time restrictions on civil liberties ever seen, with people even prevented from attending the funerals of loved ones or visiting them when they were seriously ill in hospital, you’d have probably said ‘I bet that socialist-libertarian Noam Chomsky will speak out strongly against it. I don’t agree with everything he says, but he’s always against tyranny and disproportionate government measures.’

But Chomsky not only didn’t speak out against lockdowns and mandatory face-masks (if he did, I missed it), he actually went a whole lot further. Showing a level of authoritarianism that would make even Joseph Stalin blanch, he said in a recent viral interview that the “right response” towards those who did not wish to take vaccines was to “insist that they be isolated” from the rest of society. Then, as Max Blumenthal highlighted on Twitter, far from showing contrition, he doubled down. When asked ‘How can we get food to them?’ (i.e. the unvaccinated), he chillingly replied: “Well, that’s actually their problem.”

He went on to say that if they “really did become destitute” then the state would have to move in with “some measure to secure their survival,” as was done with people in jail. Thanks for being so charitable, Noam.

To justify his extreme position, the much-lauded ‘great thinker’ then made a quite ludicrous analogy. He compared the unvaccinated to people who don‘t want to stop at red lights at traffic junctions.

Never mind that the vaccines in question don’t prevent transmission, sickness or even death from Covid. Never mind the scientific research from Israel which shows that natural immunity confers “longer lasting and stronger protection against infection, symptomatic disease and hospitalization caused by the Delta variant of SARS-CoV-2, compared to the BNT162b2 two-dose vaccine-induced immunity.”

No, the great Noam Chomsky actually compared people who had made perfectly rational science-based decisions not to take the new-on-the-market vaccines based on (a) their efficacy and (b) their risks weighed up against the risks of them getting very ill or dying with Covid, with nutters who drive through red lights and who really do put themselves and others at risk. It’s a comparison that you might expect a dumbed-down  shock-jock to make when they’re desperate to boost radio ratings, but… Professor Chomsky? Laureate Professor of Linguistics at the University of Arizona and Institute Professor Emeritus at the Massachusetts Institute of Technology? How the mighty have fallen.

Chomsky’s remarks would have been appalling at any time, but against the backdrop of what is actually happening they are really quite horrific. Because what he is calling for is actually being rolled out in a number of so-called ‘democracies.’

In Australia, the Premier of Victoria Dan Andrews has threatened that restrictions on the unvaccinated won’t be ending until “well into 2022” at the earliest. The unvaccinated would be able to shop for the basics, but they would be barred from the vast majority of venues. He also said that proof of vaccination would be needed even after all restrictions had been removed. Which is quite a restriction in itself, when you think about it.

Even more worryingly, a huge ‘quarantine’ camp is being built near Melbourne. A place to put travellers, or a new home for those pesky anti-vaxxers? Who would bet against it, given the demonising rhetoric?

Over in New Zealand Prime Minister ‘Saint‘ Jacinda Ardern smiled as she admitted she was constructing a two-tier society, between the vaccinated and unvaccinated. This week she announced that about 40% of all New Zealand’s workers will need to be “fully vaccinated” or risk losing their jobs. While, in Canada, Justin Trudeau has announced a national Covid-vaccine mandate for all air and rail travellers, to take effect at the end of this month.

The great irony is that, as self-styled ’progressives,’ Chomsky, Andrews, Ardern and Trudeau would all have been strong, vocal opponents of apartheid in South Africa but, thirty years on, they are endorsing social segregation and medical apartheid at home. Moreover, a medical apartheid which has a strong element of racial discrimination about it, too, given the greater ‘vaccine hesitancy’ among certain ethnic minorities.

If you want to bar a sizeable proportion of black people from everyday life, just support vaccine passports. Yet that’s what ‘progressives’ are doing. Vaccine passports are a way racists can achieve their wildest dreams.

You’d think Chomsky – the man who, after all, co-authored a famous book about how governments “Manufacture Consent,” would know better. You’d think as a prominent Jewish intellectual he’d know only too well the terrible, nightmarish consequences that ‘othering’ certain groups can lead to. But no. He wants the ‘unvaccinated’ to be treated like outcasts. Like prisoners. Which is what they will be if we carry on along this road.