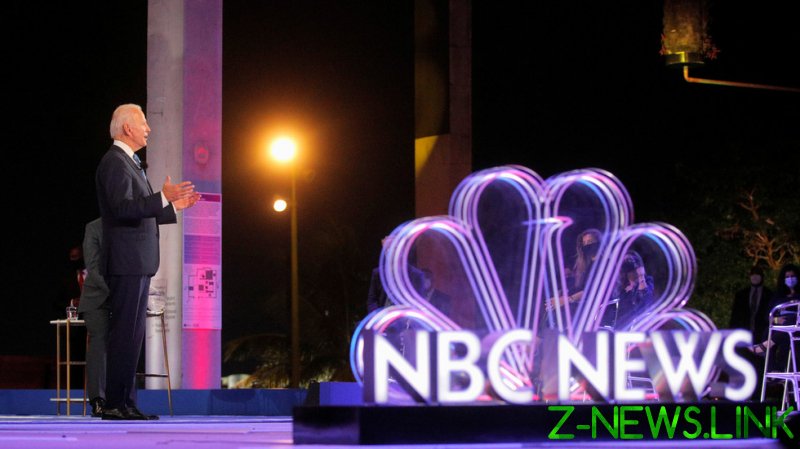 “Profoundly sorry for endangering the lives of NBC executives and TV personalities by spilling the extremely well-kept secret of their close working relationship with the CIA,” Greenwald tweeted sarcastically on Saturday. His message showed a picture of a headline about NBC’s 2018 hiring of ex-CIA chief John Brennan as an NBC and MSNBC contributor.

Greenwald’s retort came in reply to reporter Sulome Anderson, who accused him of endangering journalists who work in places where any CIA affiliation is “life-threatening.” Greenwald earlier this week said NBC “has always existed to disseminate US government, CIA and corporate propaganda.”

“This crosses a line,” Anderson said. “Like some of his proteges, Glenn is endangering journalists working in perilous environments by telling his massive following that they are mouthpieces for US intelligence.”

Greenwald said on Saturday that NBC has a “long-standing role” in spouting CIA propaganda, as evidenced by its hiring of Ken Dilanian, who was accused of sharing stories with the CIA press office prior to publication while working as a Los Angeles Times reporter. NBC also helped the CIA sell the Iraq War on its Meet the Press program, and sister network MSNBC was “ground zero for mindless CIA stenography of the most unhinged Russiagate conspiracy theories,” he said.

“If you don’t want to be known as a CIA outpost, then don’t be one,” Greenwald tweeted. He added that NBC hired “John Brennan, Ken Dilanian and every other operative puked up by the security state. People already know.”

Anderson has written at least two opinion pieces on Lebanon for NBC in recent months. She has been critical of Hezbollah, designated a terrorist group by the US government, but also has interviewed some of its fighters.

Anderson, who said she is “morally opposed” to journalists working as intelligence agents, may have good reason for her sensitivity about alleged CIA ties. Her parents were both journalists who covered Lebanon’s 15-year civil war, and she said her father was kidnapped by terrorists. “They tortured him again and again for years, calling him CIA,” she said Saturday on Twitter. “‘I am not a spy,’ he would scream. ‘I am a reporter.’ It never stopped them.”

Anderson acknowledged journalists being used as intelligence-agency assets, but said such cases are rare. “Time and again, American hostages – journalists and otherwise – have been falsely called spies, tortured and killed,” she said. “I have been in many situations where I’ve had to convince the very dangerous men I am with that I am not a spy. My saving grace has always been that I am not.”

Greenwald came to international fame by breaking the Edward Snowden NSA whistleblower story in 2013. He later co-founded the Intercept but quit the outlet last month after saying editors there suppressed his coverage of Democrat presidential candidate Joe Biden.