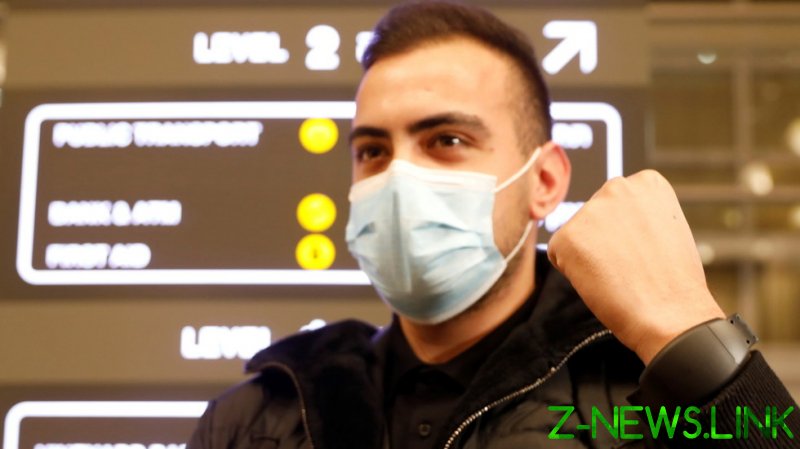 Lawmakers passed a bill on Wednesday allowing authorities to mandate the so-called ‘freedom bracelets’ for citizens, after a previous measure requiring quarantine at government-administered hotels expired earlier this month. Now, Israelis will isolate at home by default, so long as they consent to wear the electronic tracking gadget.

Proposed last week, the new law makes exemptions for children under the age of 14 and allows residents to request a waiver from a special committee. Those who decline to wear the bracelet will be required to undergo isolation in one of the quarantine hotels, which will continue to operate. Violators of the isolation rules could be fined for up to 5,000 Israeli shekels ($1,500).

Travelers who present documentation proving they have completed a full run of a coronavirus vaccine, or those who have already contracted and recovered from the illness, can skip quarantine, provided they test negative for the virus both before and after arriving in the country.

The tracking bracelet was first introduced earlier this month in a pilot program at Ben Gurion Airport outside Tel Aviv, where 100 devices were doled out to arriving travelers. At the time, Ordan Trabelsi, the CEO of SuperCom, the company behind the bracelet, said he hoped to expand the project to “wide-scale use” across Israel. According to i24 News, some 10,000 bracelets have been distributed, with another 20,000 expected to be ready by next week.

Trabelsi and Israeli officials maintain that the tracking bracelets will only inform authorities if a wearer leaves a designated quarantine area, usually their own home, and say it will not actually transmit location data or any other information. In a press release earlier this month, SuperCom boasted that Israelis had reported “very positive and comfortable experiences” and “a high rate of satisfaction” with the bracelet.

In addition to the bracelet itself, which operates on both GPS and Bluetooth, users are also given a wall-mounted device, both of which can be paired with a smartphone app.

Similar coronavirus tracking schemes have been unveiled elsewhere around the world, with both Google and Apple creating smartphone apps to aid contact tracers last year. The tech notifies users if they come in contact with an infected individual, but, unlike the Israeli program, has so far remained voluntary, requiring participants to opt in.