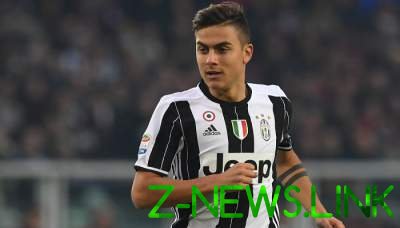 English Grand wants to sign the midfielder of Juventus and the national team of Argentina Paulo Dibala.

In signing Dibala personally interested in the head coach “Manchester United” Jose Mourinho, who have been following the Argentine and is a fan of his game. The Portuguese Manager believes that Dibala will be able to fit in his team.

The British newspaper “Daily Star” claims that Dibala Red devils are willing to shell out 60 million pounds. This amount is unlikely to suit Juventus, as the current contract Dibala is until 2022, and 24-year-old has not yet reached the peak of his career and in the future will only improve.

Which increases the chances of “Manchester United” get Dibalo, so it’s not the most perfect relationship of the player with the leadership to Juventus. Earlier leaked information to the press about dissatisfaction with Juventus meeting agent Dibala with representatives of PSG.

Paulo Dibala stands at Juventus from July 2015. In all competitions the former leader of the “Palermo” played 119 matches in which he scored 57 goals and gave 22 assists.