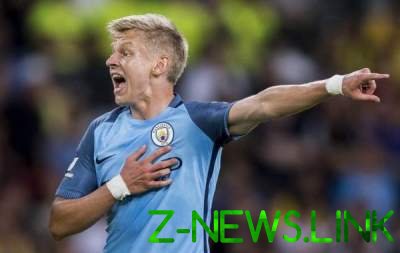 Last summer, the graduate of Shakhtar was close to the transition to rent in “Napoli”, but chose to stay in Manchester and fight for playing time in the team. While Zinchenko was satisfied with the role of a reservist in Ukrainian only one match in the season, and that Alexander held in a second position of the extreme defender.

“Zinchenko is a talented player, it is already clear. The way he plays, what decisions are made — everything is perfect. I hope that he, as a young player, will help us in the future. He will remain with us for the whole season, because I have a feeling that we are going to use it.

Zinchenko could play against Shakhtar, he really deserved it, but we can’t deliver it due to the rules of UEFA” – quoted Guardiola Manchester Evening News.

Oleksandr Zinchenko were in the squad for the recent Premier League match against “Huddersfield”, however, the comeback of the “Manchester city” (2:1) watched from the bench.