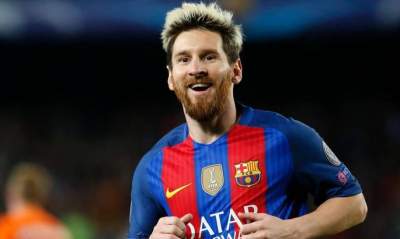 Transfer rumours have repeatedly linked Messi with a move to Albion. The Spanish newspaper “AS” claims that next summer Manchester city will make a new strong attack on Barcelona – Lionel Messi “Citizens” are willing to shell out a record in the history of football 400 million euros.

In case of transfer to Manchester city Messi will become the highest paid player in the history of football. Along the way, a five-time winner of the “Golden ball” will be reunited with Josep Guardiola, who has twice won the Champions League and established in the status of the major stars of world football.

Lionel Messi plays for Barcelona since 2004. T-shirt “blaugranas” 30-year-old Argentinian has played 594 matches in which he scored 521 goals and gave 232 assists.