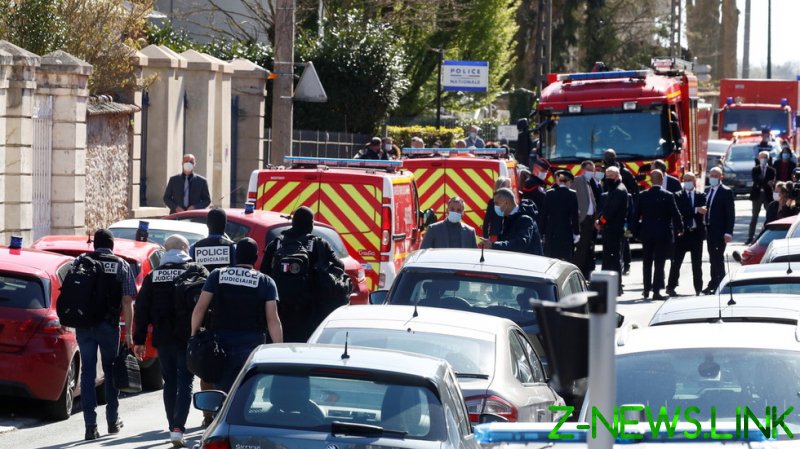 The attacker, identified as a 36-year-old Tunisian national named Jamel Gorchene, fatally stabbed a 49-year-old female police employee in Rambouillet, a Paris suburb, on Friday. Gorchene, who was yelling “Allahu Akbar” – “God is great” in Arabic – during the assault, was shot and killed by police.

The prosecutor said the suspect’s father had noticed he had turned to radical Islam and began exhibiting “behavioral disorders.” According to Ricard, the man attended an appointment with a hospital psychiatrist in February, but was ultimately not admitted for treatment.

Ricard said Gorchene had watched videos glorifying jihad and martyrdom on his cellphone immediately before the attack. A Muslim prayer rug and a copy of the Quran were discovered on his scooter parked nearby.

According to Le Point magazine, the suspect had voiced radical views on social media and spoken in favor of applying Sharia law in Tunisia.

Five people, including Gorchene’s cousin, were detained in relation to the crime.

French President Emmanuel Macron met with the victim’s husband and said the country would not give up the fight against Islamic terrorism.