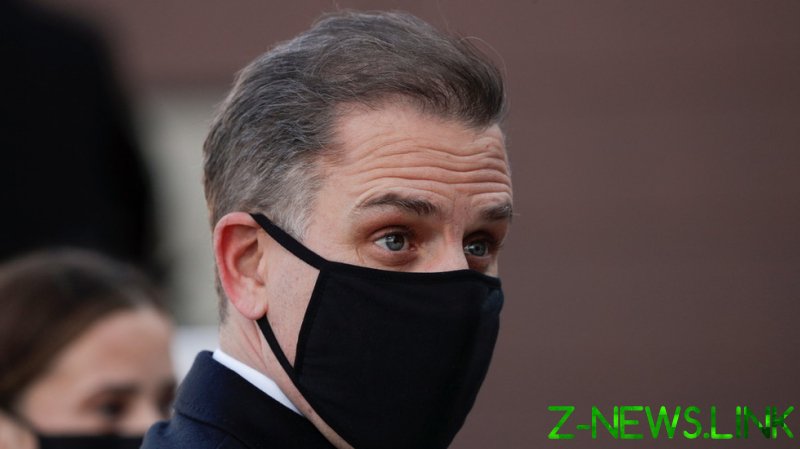 Rodrick Webber, 47, allegedly spray-painted the word “Daddy” on a wall inside the New York City art gallery. Webber later revealed to investigators that he was trying to write the phrase “Daddy is a war criminal” on the wall, in reference to Hunter Biden’s father, President Joe Biden.

Webber could not finish his message as he was approached by a gallery employee who attempted to stop him, and who was then allegedly assaulted.

The vandalism reportedly damaged a painting worth over $14,000, though none of Biden’s paintings were ruined. Biden’s fall show will reportedly be bringing in figures as high as $500,000. The upcoming show has faced scrutiny from critics, who have described the costly art show as an ethical issue for the administration, especially considering past allegations of corruption against Hunter Biden.

In response to the controversy, the White House helped draft an agreement with the gallery keeping all buyers anonymous, even from the artist himself – a move that has only earned further criticism and concern.

“The president has established the highest ethical standards of any administration in American history, and his family’s commitment to rigorous processes like this is a prime example,” White House Deputy Press Secretary Andrew Bates said in a statement.

The man told the New York Post that he was also suspicious of the prices Biden’s artwork is demanding.

“While Hunter Biden and his artwork is, you know, it’s not bad, it’s curious to me that it’s raising prices of half a million dollars just out of the blue. It says to me that there’s some kind of malfeasance there,” he said.

Webber also appeared to defend the physical incident with the gallery worker, saying, “his big a** girthy body was on top of me.”

According to Webber, the employee actually assaulted him and he is open to filing a civil suit in the future.

The alleged vandal has been charged with criminal mischief and assault.