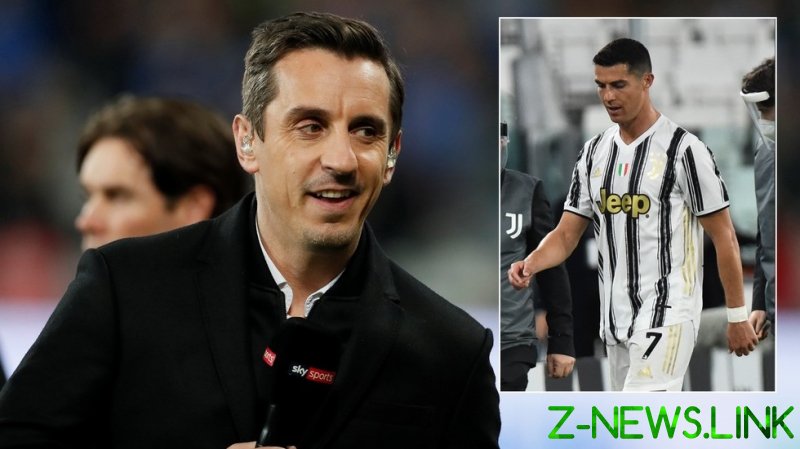 United ended the domestic season with a 2-1 win at Wolves on Sunday, as Ole Gunnar Solskjaer’s men finished second in the Premier League table – a full 12 points adrift of runaway champions Manchester City.

The Old Trafford giants could conclude their campaign with some silverware by winning their UEFA Europa League final against Villarreal in Poland on Wednesday, although they have now gone eight seasons since last lifting the Premier League title.

According to former United defender Neville, there are three names who would automatically bring league glory back to the club – and each of them could be available this summer.

Answering a rapid-fire Twitter question on who United needed to sign to be in title contention, Neville swiftly answered: “Varane, Kane and Sancho = title.”

The first name refers to Real Madrid centre-back Raphael Varane, who is said to be intent on leaving the Spanish capital this summer.

The second is wantaway Tottenham Hotspur forward Harry Kane – who could be available for any suitors stumping up more than £100 million after communicating his desire to leave the London club.

The last of the trio on Neville’s shopping list is England and Borussia Dortmund wing wizard Jadon Sancho, a man whom United were involved in a protracted pursuit of last summer.

This time around, there have been signals that Sancho could be allowed to leave the Germans, should the price be right. 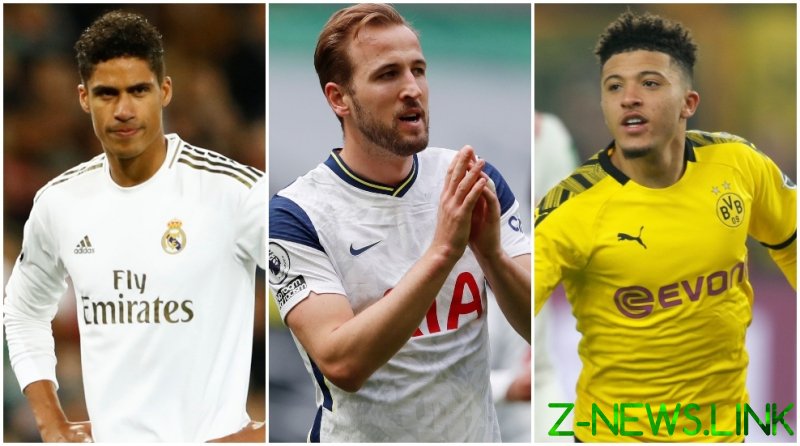 The arrival of Varane, Kane, and Sancho would see United lift the title next season, according to Neville. © Reuters

However, one star Neville believes should not be arriving at Old Trafford is former teammate Cristiano Ronaldo, 36, who has been linked with his old club after a disappointing season with Juventus.

Ronaldo and Neville won a hat-trick of Premier League titles together as well as the Champions League during the Portuguese icon’s time in England, but Neville insisted that those memories should not cloud any move for the star.

“Love him but think it’s better to leave the memories where they are,” replied Neville when asked whether the Red Devils should re-sign Ronaldo, who left the club for Real Madrid in the summer of 2009.