Home / WORLD / Man suspected of getting over 80 Covid jabs – media

Man suspected of getting over 80 Covid jabs – media 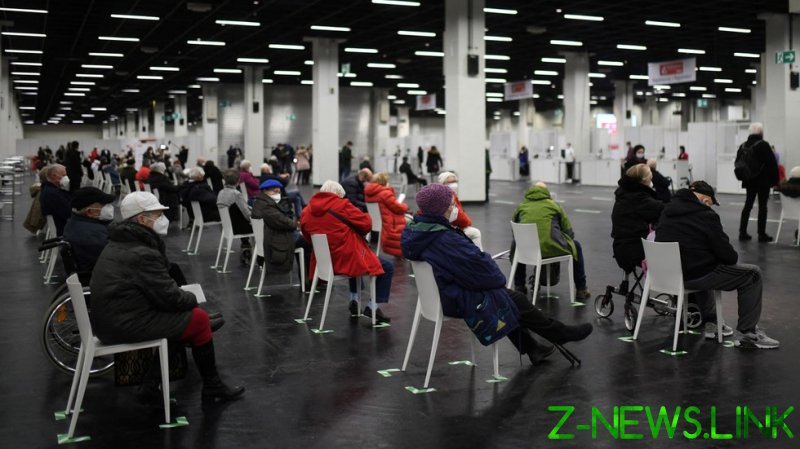 An unidentified 61-year-old man received at least 87 Covid-19 shots in the eastern German state of Saxony, the Freie Presse newspaper reported on Friday. On occasion, he is believed to have received as many as three doses in one day. The German Red Cross has pressed charges against the man on suspicion that he sold vaccine passports, the paper claims.

The German authorities are investigating the man following complaints from a branch of the Red Cross in Saxony, the group’s spokesperson Kai Kranich revealed to Freie Presse. The suspicion is that the German reportedly used new blank vaccination cards on each visit with his real name on them and then altered it, removing details about the jab, before selling them.

Vaccination sites in the German state were notified about the man, Kranich told the paper, after he was recognized in Dresden by one of the staff. It apparently led to his detention at another vaccination center in the town of Eilenburg, outside of Leipzig.

The man reportedly almost never presented his insurance card, which would have potentially allowed the authorities to detect him sooner.

“A national vaccine register or a coronavirus vaccine register would have shed light on the case immediately,” Knut Kohler, a spokesperson for the Saxony state medical association, told Freie Presse.

It is suspected that the man may also have received Covid-19 jabs in other German states. His first vaccination reportedly took place last summer.

The German Ministry of Social Affairs told the newspaper on Friday that it is not aware of this case.

Several vaccine ‘mules’ have been caught getting vaccinated on behalf of others since the beginning of the Covid-19 pandemic and subsequent restrictions. Last December, a New Zealand man was investigated for allegedly receiving as many as 10 shots in a single day on behalf of paying customers who were reluctant to get vaccinated.