Home / FUNNY NEWS / Man is not the case: Egyptian woman filed for divorce because of the husband cleanliness

Man is not the case: Egyptian woman filed for divorce because of the husband cleanliness 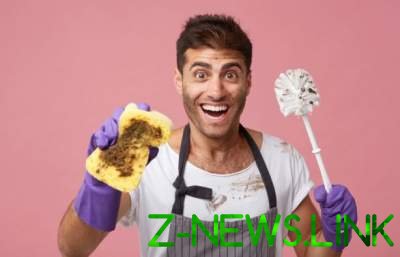 The man all the time cleans.

Most young wives complain that their husbands, caring, loving men before the wedding after the registry office become lazy and selfish. But it’s not about Samar M. 28-year-old Egyptian woman is outraged that her husband too eagerly helps her around the house.

“I met him more than two years, but living with him a real torture. I can’t stand how he behaves, said the girl. – My husband is the housewife. It does not allow me to do anything and he cooks, cleans and does all the housework. He even hired people to manage his business while he hosts at home.”

The couple married just two weeks ago, but a new wife already so tired doing nothing that they are ready to divorce her husband. The girl complains that she is insanely boring.

In court, Samar said her 31-year-old husband does not allow her to do household chores, which she feels like a guest in the hotel. Even in such trifles as the location for a new TV, the wife does not have the right to vote.

“He’s a woman in our house, and I hate to live with him, – added Samaras. All the time we married, he either cooks or washes. It even sorts the items by colour before loading into the washing machine! Then he started stroking, sweeping and lays out food in the refrigerator”.

When the Egyptian mother-in-law complained to her son, she was very surprised, saying that in his parents ‘ house, he for the cold water were not taken. Then she tried to talk to my husband, to explain that each spouse should have their own role. But the man refused to split his duties, and said that in his house she should by his rules.

Unusual family case caused heated discussions in social networks. Someone sincerely sympathize with Samar, other in disbelief, and one woman asked to take her husband’s rent, because she needs to get out of the apartment.