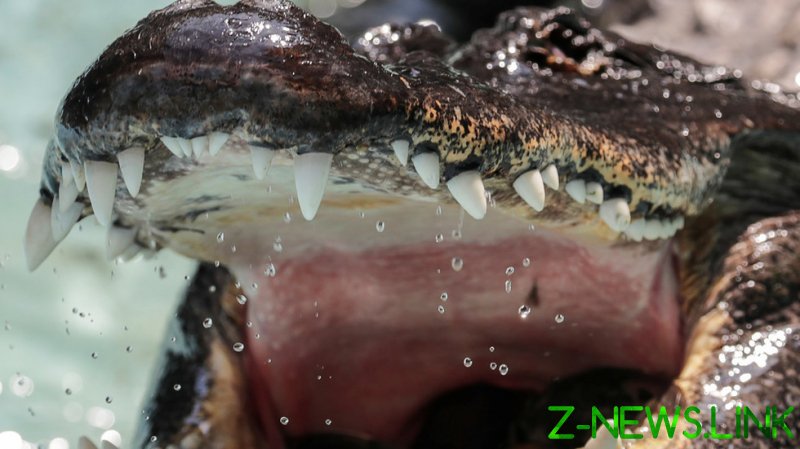 In the video, shared on Twitter by a user named Taylor Soper, an alligator can be seen half-submerged in a pond, another’s tail and back feet wriggling in its chops. In a matter of seconds, as the cannibal chews and swallows, just one of the feet can be seen, before it disappears altogether inside the scary-looking reptile.

Posted under the hashtag “lowcountrylivin,” the clip has been viewed more than three million times since Friday. The man who posted it said the grisly scene had been filmed in his parents’ backyard. “My dad captures some good stuff – all credit to him,” Soper said, adding that the ’gator that was swallowed was itself 6ft (1.8m).

Speaking to USA Today, the man said the alligators had been filmed in Horry County, South Carolina. His dad was alone at home when he spotted the scene that prompted him to grab his camera. The son said it wasn’t the first time his family had witnessed a bigger ’gator snacking on a smaller one.

Earlier this week, another video featuring an alligator also sent social media into a frenzy. In an Instagram clip, a US Army veteran in Florida can be seen pursuing a large alligator with a trash can.

The animal had been lurking outside the man’s house, with children playing nearby. The hissing reptile, tail thrashing, finally ended up in the garbage container, before being released near the lake from which it had come, to neighbors’ applause.