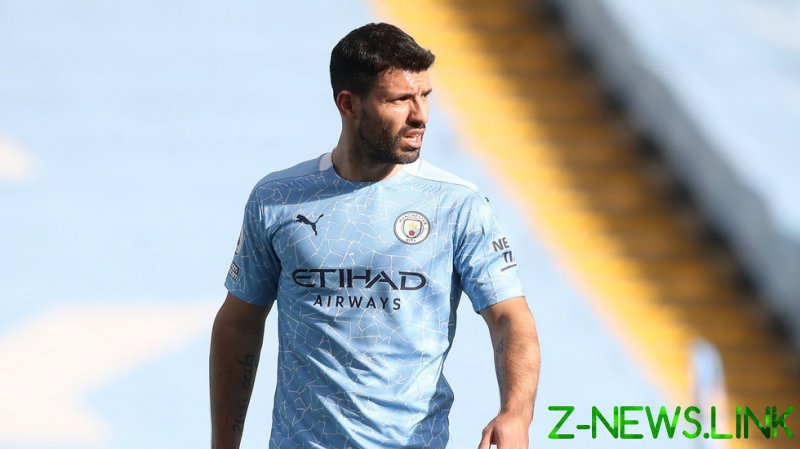 “Manchester City will bid a fond and emotional farewell to legendary striker Sergio Aguero when his contract expires this summer,” the club announced in a statement on Monday.

“Treasured by City fans and a global icon of the game, Aguero is one of the most decorated and respected footballers to wear the sky-blue shirt.”

The Argentine star, 32, will depart the club as its all-time top scorer and also the Premier League’s highest-scoring overseas player.

In total, the City star has poached a remarkable 257 goals in 384 appearances across all competitions thus far, helping the team to four Premier League titles, an FA Cup and five League Cup triumphs.

Despite suffering an injury-hit current campaign, Aguero will still have the chance to add to that haul this season as Pep Guardiola’s team remain in the hunt on four fronts.

“He joined City in the summer of 2011, making an immediate impact by scoring twice and creating an assist on his thirty-minute cameo debut in a 4-0 home win over Swansea City. It was a dramatic and impressive start that gave an indication of what was to follow,” the club added in their message.

“One renowned such moment would include his heart-stopping goal in the unforgettable final game of that same season against QPR which secured the Club’s first ever Premier League title.”

“He is widely regarded as one of the greatest players of the Premier League era and is the competition’s most lethal goalscorer in terms of goals scored per minutes played.

“Indeed, he is the highest scoring overseas player in Premier League history – and in January 2020 he overtook Alan Shearer to set the record for the most Premier League hat-tricks after registering his 12th away at Aston Villa.” 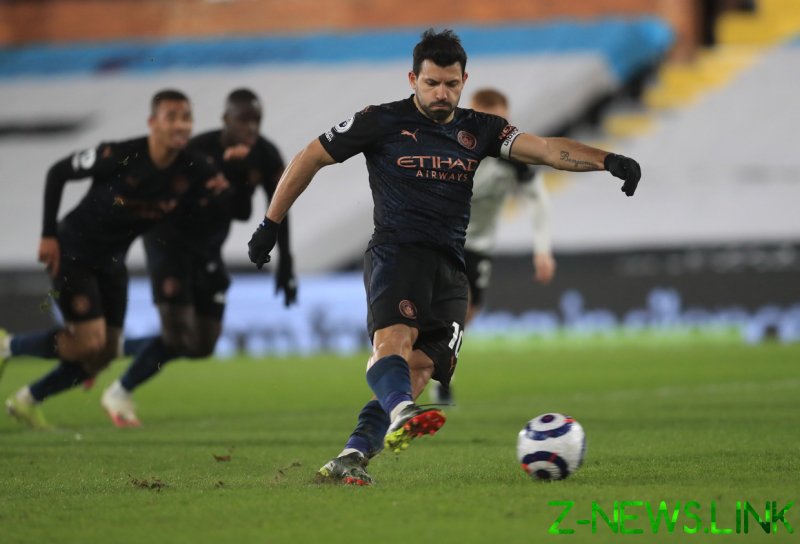 Aguero will leave City at the end of the season. © Reuters

“City Chairman, Khaldoon Al Mubarak has revealed that a statue of the City striker has been commissioned to stand alongside those currently in work to honour Sergio’s former team-mates David Silva and Vincent Kompany.

“His legend will further be marked by the installation of dedicated and permanent mosaic at the City Football Academy.”

Aguero added a message of his own on social media in which he spoke of his “satisfaction and pride” at the success he has enjoyed with the Manchester club, but also expressing excitement at what lies ahead.

Aguero, who joined City from Atletico Madrid in 2011, is unlikely to be short of suitors for his next move.

French giants Paris Saint-Germain, where fellow Argentine Mauricio Pochettino is at the helm, are reportedly interested, while La Liga titans Barcelona are also said to be a possible option.

Italian champions Juventus have also purportedly emerged as a candidate to snag the star when he leaves City.