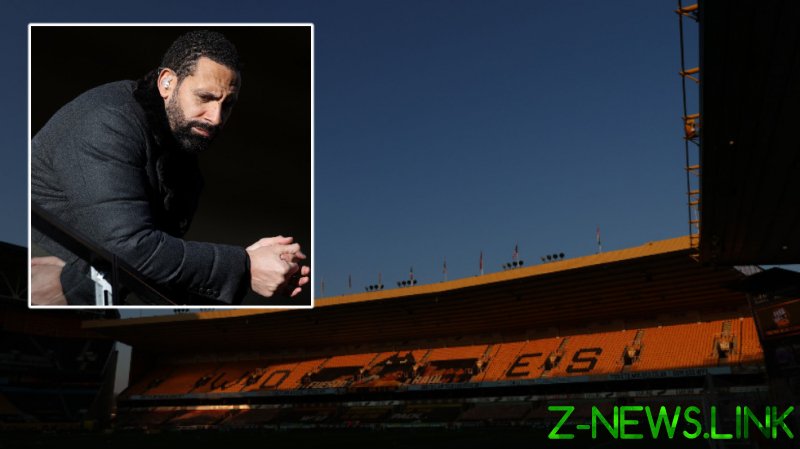 Ferdinand was working for a UK broadcaster in the game between Wolves and Manchester United at Molineux on May 23, a game which saw the attendance of 10,000 home supporters as authorities began to relax Covid-19 restrictions which had been in place for much of the English season.

Things soon turned sour, however, as Ferdinand tweeted during the second half of the game that he had been targeted with a so-called ‘monkey chant’ by a Wolves supporter, later saying that the offending fan had been ejected from the stadium.

Wolves issued a swift statement after the game to say that they were “deeply sorry” about Ferdinand’s experience – and almost two months after the incident, West Midlands Police have confirmed that a man is facing charges.

“We’ve charged a man with racially abusing football pundit Rio Ferdinand when fans returned to Molineux for the first time in over a year,” they said in a statement.

“Jamie Arnold is accused of racist words and gestures towards the former England international player during the match between Wolves and Manchester United in May.

“The 31-year-old, from Stone, Staffordshire, has also been charged with making homophobic comments and will appear before Dudley Magistrates Court on 29 July.

“It was the first game where a reduced number of supporters were allowed into the ground following the easing of Covid lockdown restrictions.

“The investigation has been led by PC Stuart Ward, who was appointed the UK’s first dedicated hate crime officer within a football unit.

“He is at the forefront of our unit’s ongoing work to stamp out any abuse against footballers and fans.”

Ferdinand hasn’t commented publicly on the announcement of charges, but at the time said that the fan in question needed to be “educated”.

“The last couple weeks, it’s been unreal to see fans back,” Ferdinand wrote in May.

“However, to the Wolves fan who has just been thrown out for doing a monkey chant at me, you need to be dismissed from football and educated. Come meet me and I will help you understand what it feels like to be racially abused.“

News of the charge comes amid increased scrutiny of the scourge of racism in English football after a trio of England stars – Marcus Rashford, Bukayo Saka and Jadon Sancho – were victims of online abuse after missing penalties in England Euro 2020 final defeat to Italy last weekend.