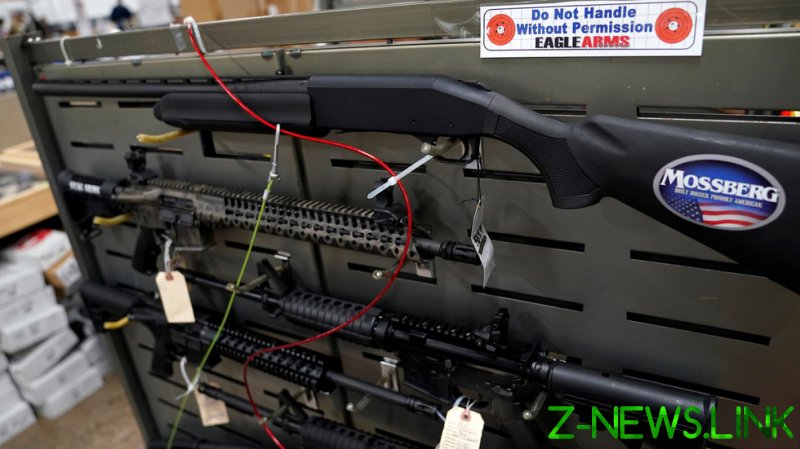 The 22-year-old man, identified by police as Rico Marley, was spotted by a witness after he entered the Atlantic Station Publix on Wednesday afternoon and went straight to the restroom. The witness notified store management, who called police, and officers immediately apprehended Marley when he left the restroom.

Marley was carrying two rifles and three handguns, all of which were concealed on his person, The Atlanta Journal-Constitution reported citing police. It’s not clear how he managed to conceal such an arsenal.

A mental health evaluation is underway, and the man faces a potential charge of reckless conduct.

Police also are investigating a suspicious package that was discovered in the Publix parking lot. Officers haven’t determined whether the two incidents are related.

Charles Russell, who works for a grocery-delivery service, told Atlanta’s WSB-TV news outlet that he went into the Publix restroom and saw the man with a rifle inside a stall. Russell said he notified management and asked that Publix employees call police.

“I seen an AR-15,” Russell said. “Kind of startled me with the events that recently happened in the grocery store up in Colorado.”

Ten people were killed at a Boulder, Colorado, supermarket on Monday. A 21-year-old Syrian immigrant was arrested and faces charges in the shooting. Last week, another 21-year-old allegedly targeted three massage parlors in the Atlanta area, killing eight people.