Home / WORLD / Make or break: Conor McGregor may have to dance to Khabib Nurmagomedov’s tune if he is to rematch the UFC lightweight champion

Make or break: Conor McGregor may have to dance to Khabib Nurmagomedov’s tune if he is to rematch the UFC lightweight champion 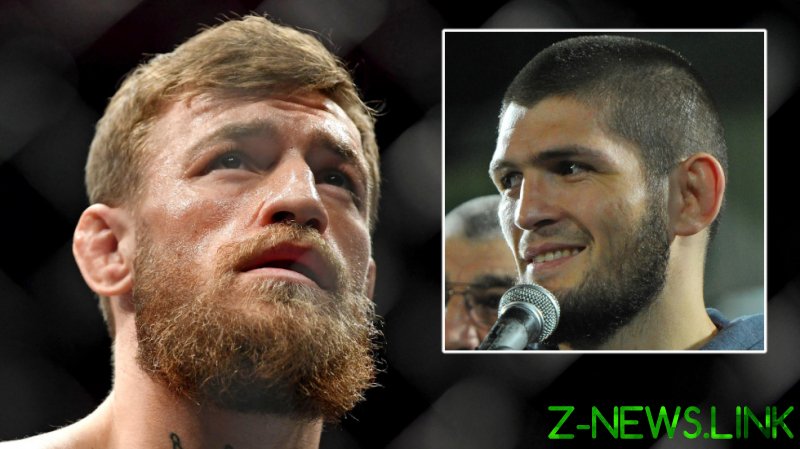 For a fighter who self-declares as “Mystic Mac”, one suspects that Conor McGregor doesn’t appreciate it when his soothsaying predictions are off the mark.

His 2018 title challenge against Khabib Nurmagomedov, a fight borne out of a heated personal rivalry and criminal mischief charges inside a Brooklyn parking lot, certainly didn’t go to script.

McGregor, as is his wont, predicted that his infamous left hand would deliver to Khabib the same result as many before him: unconsciousness, or at the very least an inability to continue.

In reality, it was the Irishman who was dropped by a Khabib overhand and summarily submitted in the fourth round. The pre-fight rancor was more than matched by the actions of Nurmagomedov and members of his team, marking the UFC 229 main event as one of the most notorious in the company’s more than quarter-century history.

While the incident initially left a bad taste in the mouth of UFC president Dana White, that was quickly replaced by the promise of filthy lucre. There is no bigger fight possible in mixed martial arts than a McGregor-Khahib rematch, and everyone involved knows it.

Khabib, though, seems happy to only vaguely address the issue of his future. Still technically retired, Dana White quoted him as saying he could be convinced to return if someone in this weekend’s lightweight fights puts on a “spectacular” performance.

It was a move that some say was directed mostly at McGregor – a sort of “You want this? Prove it” kind of gesture.

Perhaps the trump card up Khabib’s sleeve is that he has cast himself in a position of being the prize. McGregor, along with the three other fighters involved in this weekend’s main and co-main events, aren’t just fighting for the sake of competition. Nor will it be solely for their fight purses.

In McGregor’s case, the opportunity to rematch Nurmagomedov is far more attractive than the fight purse he will receive for his efforts this Saturday.

He has made his money, the Forbes Rich List assures us of that. He has set his legacy, as reflected by his pay-per-view numbers.

Instead, the Dubliner is motivated by good old-fashioned revenge – the same overwhelming emotion he had when he demanded that the UFC “run it back” after he surprisingly lost to Nate Diaz in early 2016.

That is why this weekend’s fight against Dustin Poirier is so important for McGregor. He has promised that it may be possible to defeat the dangerous Poirier in just 60 seconds, but has also suggested that he would welcome a long, drawn-out “war” between the two men.

It remains to be seen which of these two options Khabib might potentially prefer, but it is interesting to see the impact that even a retired Khabib Nurmagomedov can have on the summit of the UFC’s lightweight frame.

If he wants the rematch, McGregor may have to dance to Khabib’s tune – and when have we ever said anything like that about the fighter best known for calling his own shots?