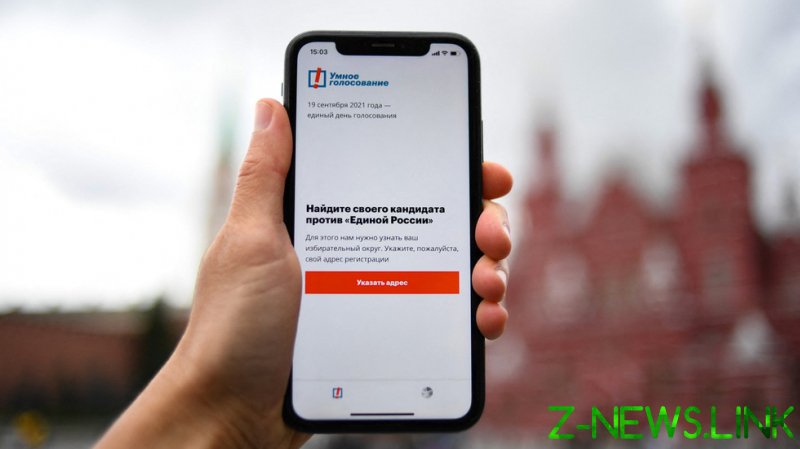 That’s according to Moscow’s Levada Center, which polled people across the country to determine what, if anything, influenced their preference. The initiative aimed to maximize anti-government ballots by offering tactical voting recommendations, and was banned by the authorities over its links to Navalny’s prohibited network of campaigning groups, which have been deemed “foreign agents” and “extremist” organizations.

The results showed that 65% of respondents knew nothing about ‘Smart Voting’ in any case. A further 16% said they’d come across the name, but weren’t really sure what it related to. Of those who did know what it was, only 8% said they supported it, while 10% said they didn’t approve. Young people, and those living in Moscow, were the most likely groups to have come across it and to back its aims.

When told that “the organizers of ‘Smart Voting’ select the most popular opposition candidate in each electoral district and suggest supporters vote for them” in an effort to beat the governing United Russia party, more were sympathetic. Just over one in three thought this was a good idea, shooting up to more than half among supporters of Russia’s largest opposition faction: the Communist Party (KPRF). Ultimately, the vast majority of recommended candidates were from the KPRF, which was already surging ahead in the polls before Navalny’s team made their choice, two days ahead of the election.

The decision to ban the ‘Smart Voting’ app – which Moscow says was a legal inevitability, given its links to organizations designated “extremist” by a court – has drawn fire from overseas. On Monday, US Senator Marco Rubio sent a letter to Apple’s CEO Tim Cook and Google’s Sundar Pichai, accusing them of bowing to demands from a foreign power. The US tech giants removed the app from their web stores in September in response to requests from Russian officials.

After the app was removed, Navalny took to Twitter, calling the companies “accomplices” of the Kremlin, which he said had “forged the results” of the country’s recent elections.

A number of Western commentators have opined that the election was partially invalidated by the crackdown by the Russian authorities on the Smart Voting app, but the Levada Center’s poll indicates that, even if the app had been permitted to remain online, it would likely have had only a marginal impact on how people voted in any given area, and was unlikely to have changed the results.