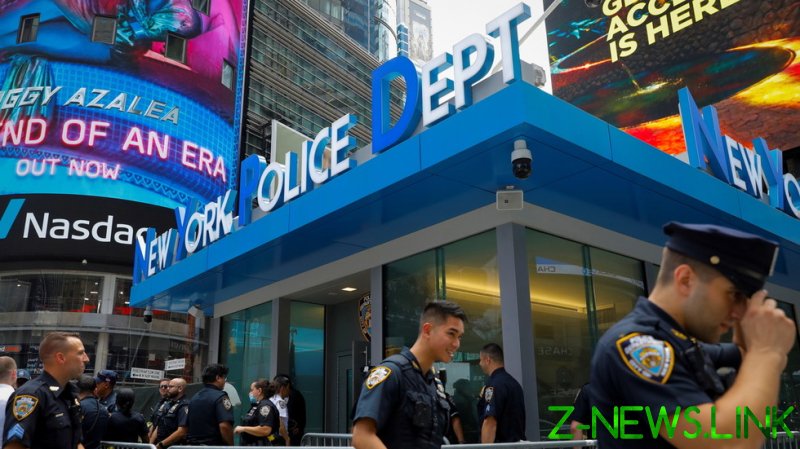 An internal poll conducted among New York cops, from captains down to street-level officers, was meant to help “improve” the department and policing in the city, but it has delivered some rather unexpected results.

The survey, which was conducted in March among approximately 6000 NYPD officers, found 56% saying they would not choose to follow the same career path if they could do things over, according to data first reported by the New York Post on Saturday.

Much of this dissatisfaction can be chalked up to an increasingly volatile relationship with the public, especially in the wake of several high profile police shootings that captured activists’ attention around the country. In the NYPD survey, 73% of respondents said “outstanding” officers do not receive the recognition they deserve.

Some 46% of officers believe the public “disrespects” them, while 44% think the public does not trust them. Some 80% of officers revealed that they fear actually fighting crime in today’s climate “because of the threat of criminal liability, being sued, or being unfairly disciplined.” About the same number of respondents also believe New York City will not be safer in two years.

In a letter sent with the survey to officers in March, NYPD Commissioner Dermot Shea pointed to the “unprecedented challenges” officers faced in 2020 – that saw Black Lives Matter protests across the country and the Covid-19 pandemic – and warned that the department will have “more obstacles to overcome.”

Commenting on the poll, president of New York’s largest police union, Police Benevolent Association, Patrick Lynch claimed “every cop is looking to get out as soon as they can” citing “the intolerable environment” and “substandard pay” as the main reasons for the potential exodus.

A vaccine mandate for officers has also been met with pushback, with the union filing a lawsuit seeking to halt the implementation of the policy that took effect November 1 after the request was denied by a judge.

Dozens of officers were put on unpaid leave for failing to meet the city’s requirement, while around 6,500 were reportedly seeking exemptions as of the beginning of the month.