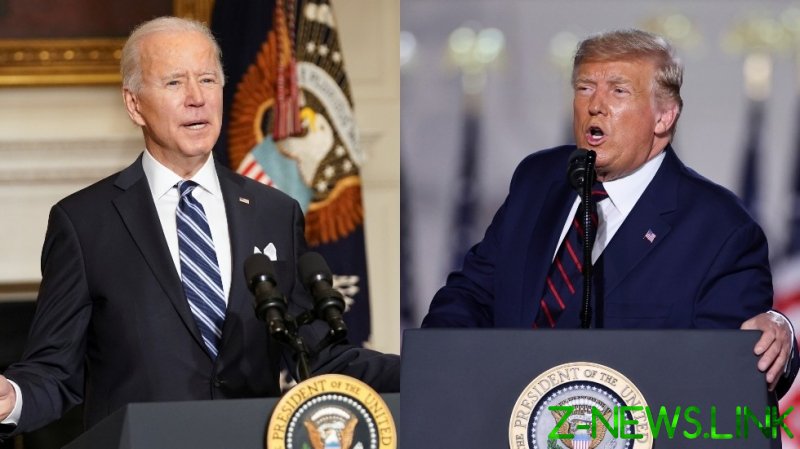 Just last September, Gallup research showed that 57 percent of US adults wanted a third major option at the polls because the Republican and Democrat “parties do such a poor job representing the American people.” The latest poll has seen that majority rise to 62 percent support.

On top of that steady rise, the poll, which was conducted from January 21 to February 2, contains other major indicators Americans are growing weary of an essentially two-party system. Only 33 percent of respondents said they felt the two major political parties are adequately representing the system, which is the lowest response to that question, save for 26 percent in 2013.

Half of US adults are also now referring to themselves as Independents, the highest number recorded by Gallup in a poll.

There are technically third party options in the US, but many of them struggle to gain ballot access and one hasn’t been involved in a presidential debate since Ross Perot was running in 1992.

During the 2020 presidential election, Libertarian Party nominee Jo Jorgensen managed to gain access to all 50 state ballots, but still only walked away with around one percent of the vote.

She also received less media coverage than the party’s previous nominee, Gary Johnson, who walked away with the party’s most successful run – still just over three percent. Rapper Kanye West arguably received the most media attention of any Independent running, but even his celebrity couldn’t get him more ahead than other Independents and third party candidates.

West was mostly mocked in the media, barely made a handful of ballots, and only received around 60,000 votes.

Gallup’s research in the context of years shows, however, that there is a hunger for a new option to make it to the national stage. When the polling firm first started asking whether people would favor having a third party in 2003, only 40 percent responded positively. A majority of people at the time – 56 percent – believed Democrats and Republicans were doing a good enough job representing the public.

In terms of party satisfaction today, a majority of respondents who identified as Republicans say they would favor a third party, with 63 percent responding positively to the question. When the question was asked in September, only 40 percent said they favored one. The 63 percent reading is the highest support among Republicans for a third party, according to Gallup.

Democrats, meanwhile, have seen their support slip from 52 percent in September before the election to 46 percent with Joe Biden now in the White House.