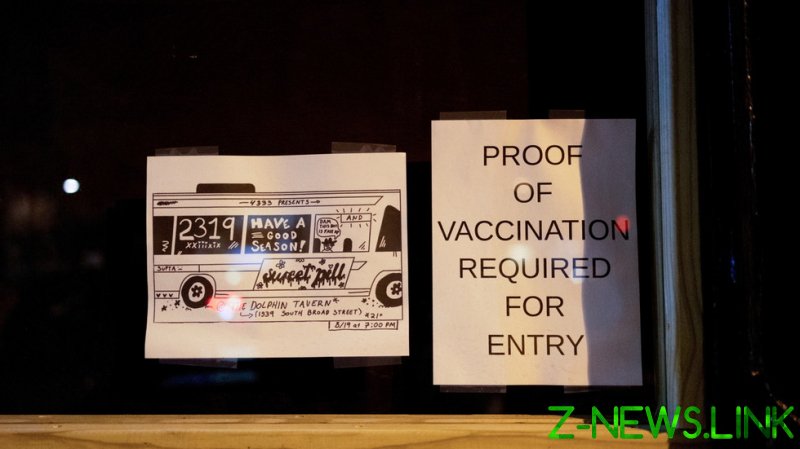 In the wide-ranging survey released on Sunday, a majority of respondents expressed openness for the president’s recently-announced vaccine mandate for employers with over 100 staff members, as well as growing mask mandates within schools.

While masks have been something conservative pundits have generally argued against, especially masking in schools and wearing face coverings after inoculations, 69% of those surveyed by Fox News said they think masks help slow the spread of the virus.

Over 60% also approved of mask mandates for teachers and students in schools, as well as employees and customers in private businesses, something that has become less common in Republican-leaning states as lawmakers attempt to move beyond pandemic-era restrictions.

For vaccinations, support for mandates dropped, but not by much. Over 60% agree with teachers being required to get vaccinated, and over 55% of respondents support Biden’s employer and federal government mandate. A majority also believe it’s beneficial to require workers and customers to be vaccinated to partake in indoor activities like going to the gym or a restaurant.

Democrat-led cities such as Los Angeles and New York have already put their weight behind proof of vaccination being required to enjoy many indoor activities, while Republican governors such as Texas’ Greg Abbott and Florida’s Ron DeSantis have vocally opposed any and all mandates regarding vaccines promoted by the current administration and health officials.

Broken down by partisan lines, Democrats are predictably far more in favor of mandates, while Republican support drops. According to Fox, roughly six out of 10 self-identified Republicans disagree with mandating vaccines and masks anywhere.

The poll results shocked some as Fox News appeals to a more conservative base with the network’s stars like Tucker Carlson and Sean Hannity being some of the current administration’s harshest critics.

Polling from other outlets has shown an even larger gap between the opinions of Democrats and Republicans when it comes to coronavirus mandates.

According to a Morning Consult poll released last week, only 33% of Republicans support Biden’s employer mandate, for example, while 80% of Democrats give it their endorsement. Only 14% of those Democrats expressed disapproval of the plan, while over 60% of Republicans did.

A Trafalgar Group survey released shortly after Biden’s mandate announcement found even less support among Republicans, with over 80% saying the president lacked the authority to put such mandates on private businesses. Over 50% of Democrats, meanwhile, argued Biden did have the authority and did not overstep the limits of his office.

The mandate is already facing potential legal challenges, some of which are coming from Fox-friendly conservative outlets such as Ben Shapiro’s Daily Wire and James O’Keefe’s Project Veritas.

Fox News’ poll wasn’t all good news for Biden, as 54% of respondents said the US is “less united” today under President Biden, while only 37% believe the Democrat has made the country “more united” since taking office from Donald Trump.