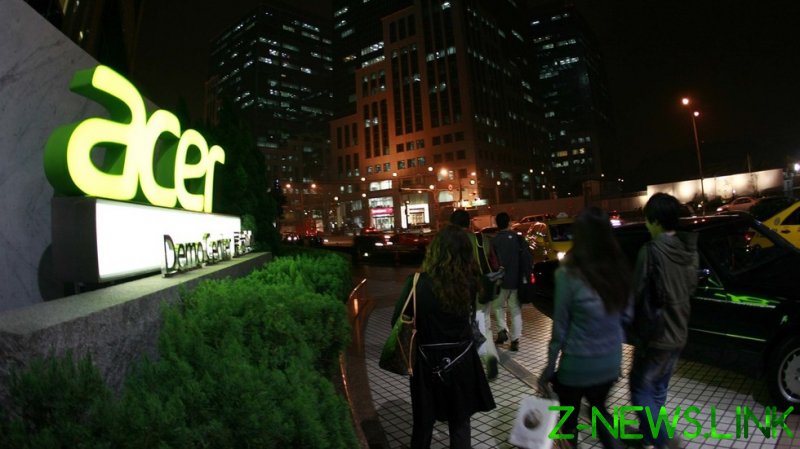 Taiwanese computer maker Acer has suspended its business in Russia, the company announced on its website on Friday.

The multinational hardware and electronics corporation said the decision was made “due to recent developments,” referring to “the conflict between Russia and Ukraine.”

The Taiwanese firm has joined the mass exodus of tech corporations such as Sony, Samsung, Intel, Apple, AMD, Adobe, and IBM, from Russia after sanctions were imposed on the country over its military operation in Ukraine.

Another Taiwan-based computer manufacturer, Asus, announced plans to withdraw from Russia last month, but according to a recent report by the Yale School of management, sales in the country have not been suspended.