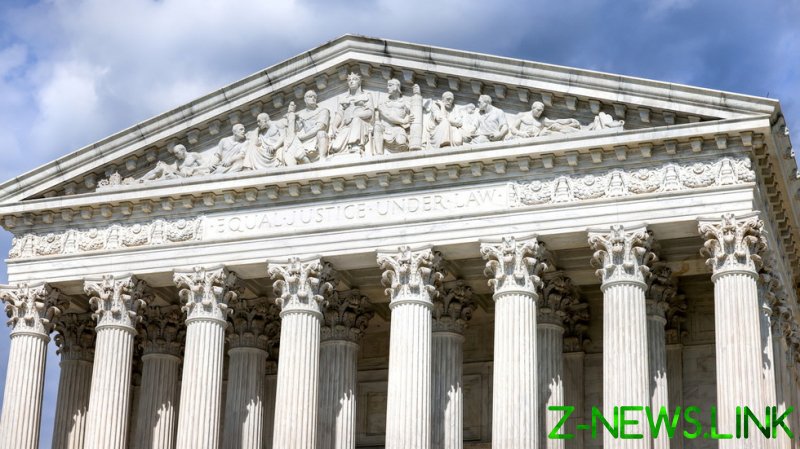 The Supreme Court ruled in 17-year-old Brandi Levy’s favor by 8-1 on Wednesday – reaffirming American students’ rights to free speech out of school grounds – with only Justice Clarence Thomas siding with the school district.

Levy had sent her friends the rant on Snapchat in 2017, when she was just 14 years old, to air her frustrations with school, softball, and the cheerleading team after she failed to make the varsity cut. The rant read, “F**k school f**k softball f**k cheer f**k everything.”

Though the Pennsylvania teen’s rant was made off school grounds, it quickly made its way to the coach of the cheerleading team, and Levy was suspended from the team for a year.

Despite the fact that Levy was only suspended from the cheerleading team and not from the school itself, she went on to sue the school district with the backing of the American Civil Liberties Union (ACLU), alleging a violation of her First Amendment rights, and the case has been through several courts over the past few years.

In its ruling, the Supreme Court declared that “the school’s disciplinary action violated the First Amendment” and that Levy’s rant “had not caused substantial disruption at the school.”

However, the Court also referenced a decades-old ruling that if a student’s actions outside of school “materially disrupts classwork or involves substantial disorder or invasion of the rights of others,” it is “not immunized by the constitutional guarantee of freedom of speech.” In this case, the Court did not deem Levy’s actions to be a significant disruption.

Last year, the 3rd US Circuit Court of Appeals sided with Levy, prompting the school district to take the case to the Supreme Court, where Wednesday’s decision was made.

In April, Supreme Court Justice Stephen Breyer commented that if “swearing off-campus” qualified for in-school punishment, “every school in the country would be doing nothing but punishing.”

The case has been described as the most important free speech case for students since a 1969 decision in Tinker vs. Des Moines, brought about after students were sent home for wearing arm bands with peace symbols during the Vietnam War, in which the court ruled students have a right to free speech on school grounds.